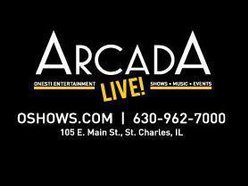 Bio: The Arcada Theatre was built in 1926 by local millionaire and Chicago Tribune cartoonist Lester J. Norris. The new theatre was a $500,000 example of the Norris family's confidence in the future of St. Charles . With only 5,000 residents in town, 1,009 seats were installed. A popular stop on the Vaudeville circuit, the Arcada was described in the St. Charles Chronicle in this quote: "There may be larger theatres in Chicago , but for beauty of auditorium and artistic stage setting, there are none superior to the Arcada of St. Charles." In May 2005, new life was breathed into the aging building when Onesti Entertainment Corporation assumed ownership of theatre operations. As a producer of spectacular entertainment experiences all over the country, OEC brought " Big City " shows to the western suburbs of Chicago . But before the stars would come, changes to the infrastructure were vital. Hundreds of thousands of dollars were spent on new dressing rooms, repairs and paint. Upgrades to the sound system, lighting, stage and rest room facilities were also added. Onesti Entertainment exclusively books the talent and produces all the shows. Today, the "Gem of the Fox Valley " is back to its original state of elegance, complete with the original pipe organ that rises from beneath the stage floor. Some of today's most iconic stars - including Mickey Rooney, Jerry Lewis and Martin Short - perform before the venue's nine hundred enthusiastic audience members. With each impactful show, the historic Arcada Theatre lives on, enabling thousands to experience the joy of world class entertainment.