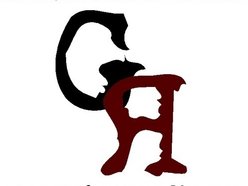 ONLINE ONLY, Philadelphia, PA, US
Get directions

Bio: When Dustin Dellinger surveyed the local radio landscape in late 2009, he was nonplussed. A former lead guitarist of acclaimed local band Case of the Mondays, Dellinger usually relied on his iPod to churn out tunes, but he was looking for something to take over when his playlist started getting stale. “I wanted to hear new music, and be exposed to different artists than I listen to every day,” he says, “but radio just plays the same ten songs, over and over again. It’s whatever focus groups tell the station to play – often the DJ’s don’t even have a say.” Soon, he found himself driving home from the office with the radio muted, contemplating what he would do if he were the programming director of his own station. Then, surprised at his own brazenness, he lifted pen to paper and distilled his ideas into a doctrine; the fundamental rules he would use to govern a radio station, if one were ever to fall into his hands. First, local and up-and-coming artists would be showcased right alongside quality music from established acts; they wouldn’t be relegated to a “local bands” show that plays only during the graveyard shift. Second, listeners would never hear the same song more than once during a single day (the “No Repeat Guarantee”), and they wouldn’t hear the same prerecorded advertising spot more than once per hour. When Dellinger was done writing his doctrine, he called on someone who had always shared his passion for broadcasting and promoting local music: his former Case of the Mondays band mate Jim Haas. “Jim has a great way with people I knew would come across on the air,” Dellinger said. “He also possesses another important quality for working on a radio station: he can talk till he’s blue in the face.” They decided to christen their budding venture Gashouse Radio, after reading that “gashouse” was a term used during the Golden Age of Radio to connote something was authentic or unvarnished. To budding broadcasters Dustin and Jim, authenticity seemed to echo perfectly everything they wanted their station to be—and everything they felt their competition was not. Because Gashouse Radio broadcasts on the internet 24/7, listeners can tune in from wherever they are: from the desktop at work, their cell phone in the car or their laptop at home. “The ubiquity of gashouseradio.com makes our No Repeat Guarantee essential,” Dellinger explained. “If you’re dedicated—or crazy—enough to take our station from home to work and then back home again, you don’t want to hear, oh, Lady Gaga ten times during the day. Not that we would ever play Lady Gaga,” he quipped. As the new hosts—and entrepreneurs—gained their footing in both broadcasting and business, listenership increased, often peaking in the thousands per week. Gashouse expanded, opening a satellite studio to accommodate additional broadcasts and the production of advertising spots. Then, they struck a deal with the Philadelphia branch of Hard Rock Café and their local promoter, Davis Concert Staging (DCS), to present a live broadcast from the venue each Friday night an act was to appear on the Hard Rock stage. “It’s been an incredible partnership for us,” Haas admits, “and the Hard Rock name has lent us a lot of credibility.” Dellinger and Haas’ latest foray has lead them into the world of presenting and producing concerts for simulcast on Gashouse Radio, as well as filming the performances and offering webcasts on the station’s website, gashouseradio.com. “This not only fulfills our obligation to promote local music, but it also provides local businesses with unique advertising opportunities that reach way beyond what a traditional radio station can offer,” Haas says. For Dellinger and Haas, what started as a pipe dream has fast become a dream job for them both. “As internet radio expands, I see Gashouse growing right along with it,” Dellinger predicts. “Ten years ago, who would have imagined you could stream CD-quality music to your cell phone? Soon, internet will be an option on car stereos—CD players are coming out and the internet is going in. When that happens, we’ll be poised to offer even more to our listeners, sponsors and local artists.”