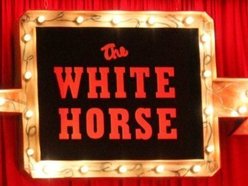 Bio: The White Horse Honky Tonk opened for business in December of 2011. Since opening we’ve hosted some of Honky Tonk, Rockabilly, Rock, and Outlaw Country’s most respected artists including Rosie Flores, Wayne Hancock, Ray Wylie Hubbard, The Nortons, John Evans Band, Bo Porter, Leo Rondeau, Roger Wallace and some of Austin’s finest including Mike and the Moonpies, Jim Stringer, Crooks, The Austin Steamers and many more. Instead of handing us $5 at the door why don’t you buy a band CD or a t-shirt or a shot of T.W. Samuels for those talented musicians that are pickin’ away on our stage? We like supporting the live music that makes Austin so damn great and that’s why we hardly ever charge a cover. In those rare instances that we do, we promise it’s for damn good show.