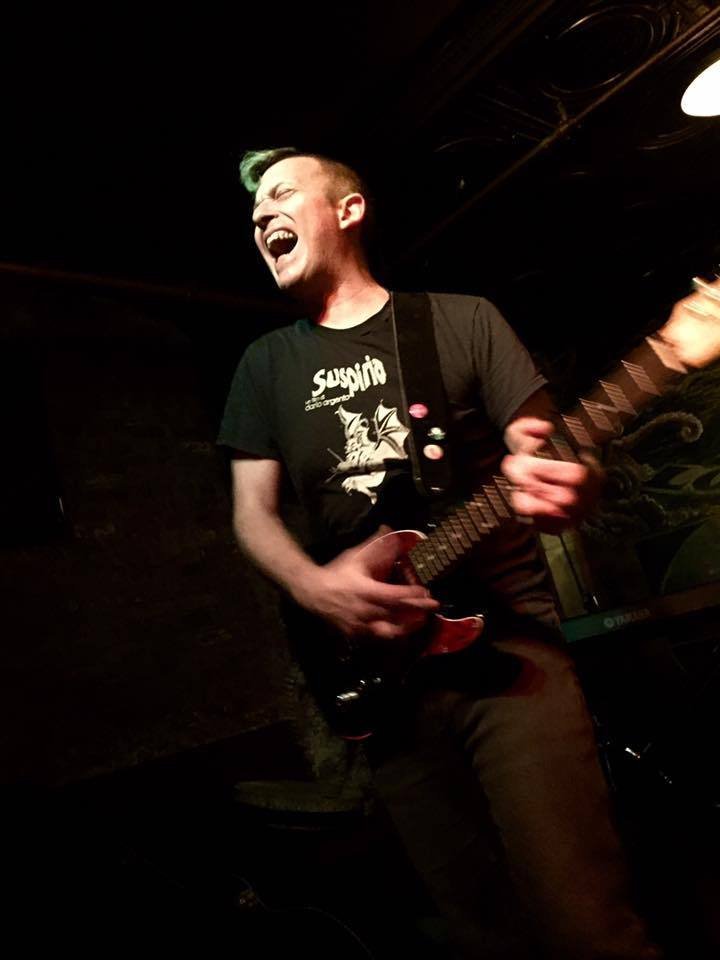 Funny and sad like a trainwreck full of clowns, Don Paris Schlotman is a Brooklyn-based musician. Most recently he is fronting a wavegaze rock trio Dolphins Don't Love on vocals and electric guitar, and also plays bass/synth for Brian Bonz and the Major Crimes.

Don was born in a freak accident, the seventh son of a lightning bolt and a mountain lion. He plays music the way some people fall over, and his artificial left eye can see 4 seconds into the future. Don makes art, plays and writes music, wrestles conundrums, falls down sometimes, and is a cat lady in training. The reports of his wizardry are greatly exaggerated, although he has been known to make things disappear at times, including but not limited to himself.

Synth and bass with Brian Bonz & The Major Crimes

Bass player, vocals, and co-writer/co-founder of everyone's favorite post-apocalyptic rock band, The Sky Captains of Industry. They come from the future to save the rest of your heart.