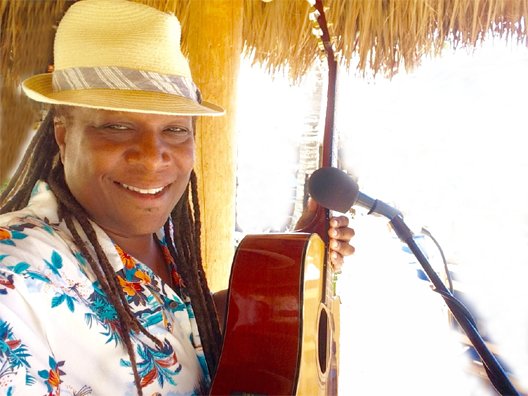 SOUTHWEST FLORIDA'S #1 SOLO ENTERTAINER!
Teddy Richards has is a gifted singer/songwriter/entertainer. He's been hailed by the press as 'a brilliant cross-section between Seal and Lenny Kravitz, with the voice of an angel'. With a musical career spanning more than two decades, his rich musical experience also includes serving as opening act for Seal, Lenny Kravitz, INXS, The Verve Pipe and A.J. Croce. Teddy has collaborated and written with Gabriel Gordon (Natalie Merchant’s guitarist) and Carlos Alomar (David Bowie guitarist and co-writer of the hit ‘Fame’) and Marcy Levy (co-writer of Eric Clapton's 'Lay Down Sally') and served as guitarist for Nellie Furtado, Natalie Cole, Joe Cocker and Al Green. After signing with Germany's Skip Records and releasing his 2nd CD Gravity, Teddy enjoyed many successful tours throughout Germany and Spain, culminating with his performance at Montreux Jazz Festival in Switzerland. Teddy has since returned to the states, performing solo-acoustically. His ‘serenade’ an eclectic genre-defying experience, filled with crowd favorites and memories spanning the spectrum of popular music. He is also completing his 3rd release 'Soliataire', due for release in 2022.

As an artist, he has opened for:
Seal, INXS, The Verve Pipe, A.J. Croce