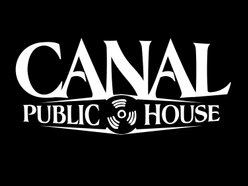 Bio: Dayton is rich with history - that is no secret. The building situated at 308 E. First Street once stood along the old Miami-Erie Canal that ran through Dayton. It was later owned by Charles Kettering and Col. Edward Deeds as part of their DELCO operations. Later, the building was a cafeteria, a bar and a restaurant, Evelyn’s Corner Cafe, occasionally presenting bluegrass musicians like the Osborne Brothers, Red Spurlock, and Little Jimmy Dickens. Since 1981, the historic building at 308 E. First Street in Dayton, Ohio has served as a fertile oasis of musical exploration, forever changing the face of this post-industrial Midwestern town. Under the guidance of Mick Montgomery, Canal Street Tavern served as a catalyst in the community, bringing in countless touring acts playing virtually any style of music on any given night in an “unpretentious, relaxed concert atmosphere.” Now, as Canal Public House, we seek to continue in these traditions of presenting diverse, high-quality live music in Dayton. We provide musicians and audiences alike an opportunity to come together and share in the unique experiences only live music can provide. If you love live music, Canal Public House is your haven. Above all, Canal Public House is writing a new chapter in the rich legacy of Dayton music. Come in for the music and make history with us...