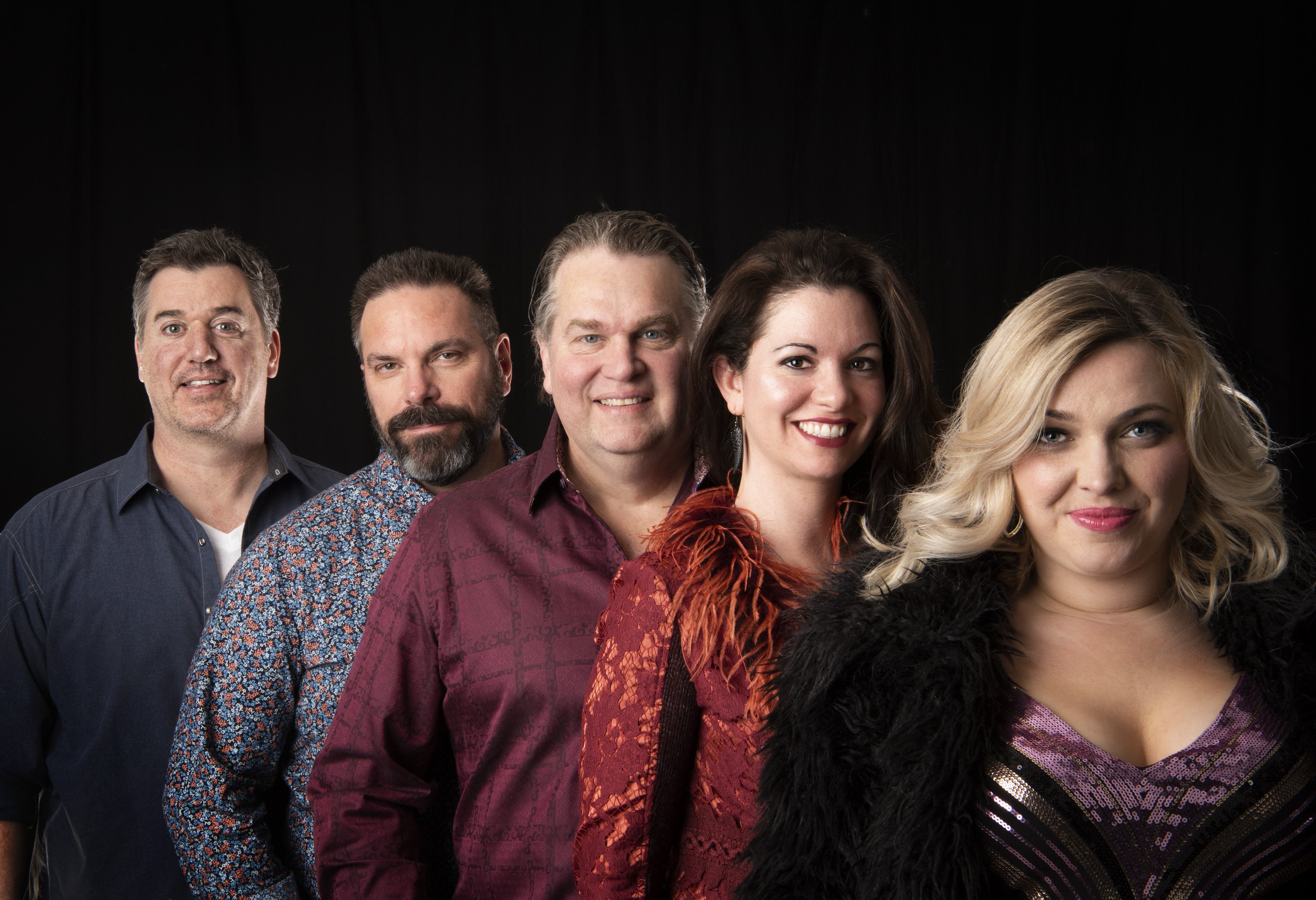 Adrian has been inspired to be a singer since she was four years old riding in the front seat of her father’s pick-up truck listening to Heart and The Bangles. She commented to her father “That’s what I want to be when I grow up!” to which her father responded, “If that’s what you want to do, you can do it”.

She grew up in a musical family. Her mother who still sings in local bands and her Aunt who used to run an open mic night were both huge influences on her. She got her first taste of performing in front of an audience in middle school at one of those open mic nights. Adrian was involved with chorus in High School as well as dance team where she fostered her love of choreographed dancing. Today, her Mother, Aunts and Uncles, Sister, and Step Father all play in local bands. It's in her blood.

Adrian was active with Terry Oates and the Mudcats, a local variety band stemming from the “blues” genre from 2010 to 2017 sharing the stage with the likes of Skyla Burrell, Paul Pfau, Danni Leigh, and Ron Holloway. She has learned to have an appreciation for all types of music, being partial to classic rock. As long as a song tells a story, and the music behind it makes you feel something, she considers that success!

Linda started her vocal journey when she was 8 years old. She performed her first solo at her first communion and despite her fears, knew that’s what she had to do. Linda would only practice in the privacy of her room when she knew no one was listening. Her parents didn’t even know she was serious about it until she was about 13 years old, that’s how well she kept her secret. It was at this age that she formed her first band, which was extremely short-lived because, well… teenagers. She has unconditionally supportive parents who still make 4 hour drives to come see her shows. Linda was grateful to have two teachers in high school who truly believed in her talents and helped her prepare to be in this profession. Her passion in life is bringing Joy to others through music, whether it’s through helping others find their own voice or performing with hers.

Linda is a native of Scranton, PA (which surprisingly existed before The Office), and has made her home in Winchester, VA for the past 12 years. She graduated from Shenandoah University as a Music Major, theater minor, with a certificate in vocal performance. Music and theatre are her life, whether she’s teaching students, directing musicals, leading group acting classes, singing soprano solos with the City Choir of Washington, writing originals or jamming out with her roommate. Previously, she led the 90s band IMPEACHED for 5 years, played briefly with the band WIRED!, and had a original duo called All This Me.

John began playing guitar as a teenager in garage bands. In college, he started writing original music and formed a band to showcase his songwriting abilities. This attracted interest in the industry and led to his band getting opening slots for bigger acts in the Pittsburgh, PA area. This resulted in the band relocating to Atlanta, GA where they recorded several studio albums. John’s band was named “One of the best unsigned bands in America” by VH1 and Musicians Magazine.

His band played large festivals such as the Vans Warped Tour and opened for major bands like Government Mule. They played in famous venues such as The Continental Room and House of Blues. Some of John’s original music was picked up by ESPN and featured during The X Games. After 5 years of touring and 2 studio albums, John decided to move back to Virginia.

Presently, other than providing guitars for Raised on Analog, he is recording original material in his personal studio with a variety of singers. His aim being to write and record radio-friendly rock music with an unforgettable hook and addictive melody.

Greg took an early interest in music, playing in middle school marching band. He began on the trumpet and moved on to the tuba, happier with the lower register that instrument provided. In high school, he took up the bass guitar and played with some friends (including ROA’s drummer, Randy Craun) in a few garage bands. After graduating, he moved to Houston, TX with his band mates to make it big. After a year and a half in Texas with no big breaks, Greg moved back to Virginia and all but gave up on music in favor of a career in the IT field.

Greg is also instrumental in Raised on Analog’s live show production. He assists with live sound, programs and operates stage lighting and has an unnatural love for atmospheric effects. He also helps run the business side of the band making sure that gigs are booked, contracts are signed, websites are up and social media is fresh.

Randy’s the drummer and while his abilities are adequate, the real reason we keep him around is to drive our equipment trailer. His skill level of “threading-the-needle” with the trailer is mind boggling and would give Jason Bourne goosebumps!

He began making noise in 5th grade and continued through high school. In addition to academic music, he played with various rock bands and later joined the Crossmen Drum and Bugle corps. He’s constantly mistaken for an actor on The Walking Dead, Either Eugene or 1 of the zombies, not sure which.

Randy had not played his drums for 24 years and brushed off the dust after an opportunity to reunite with some high school classmates arose in 2014. Initially they were offered money to stop playing, but got better with time and are still performing today.