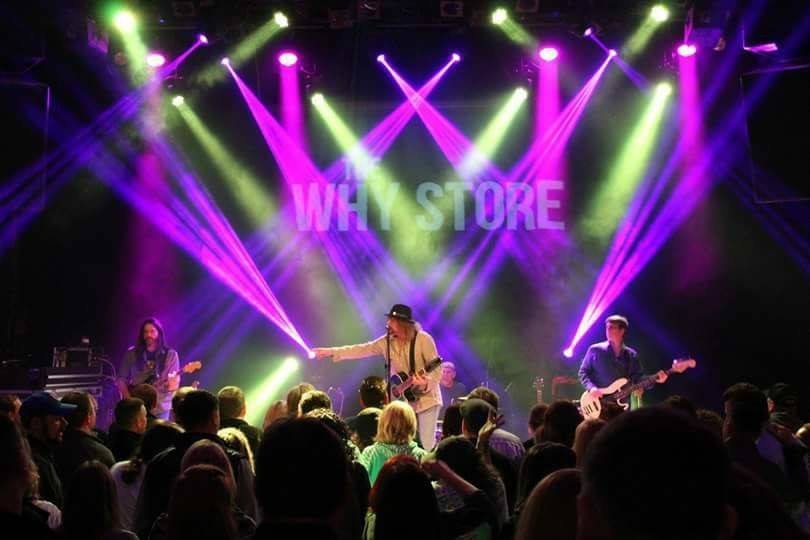 The Why Store is led by Chris Shaffer an intense, emotional songwriter with a repertoire of 150+ original songs. Add to that another 30 covers, and what you get on stage is a unique experience every night. He does not prepare a set list before his three-hour-long performances and instead draws randomly from his entire arsenal of songs. Chris has never played the same set of songs in the same order. He is very open to his audience and allows his live shows to be recorded and shared freely.

The Why Store was formed in the late 1980s in Muncie, Indiana. Lead Singer Chris Shaffer, also a Ball State student, joined the band after a few months and they played a few gigs as Emerald City. That same year, the band switched to its present name, The Why Store, the name of a former Muncie haberdashery.
In 1993, the band independently recorded Welcome to the Why Store. One year later the band recorded Inside the Why Store. Both albums were locally successful, and The Why Store began getting attention from record labels. In 1995, The Why Store signed to MCA’s subsidiary Way Cool Music for their first major-label effort, a self-titled LP, which was released in 1996.

Their major label debut on MCA Records spawned several hits. The first single, “Lack Of Water”, was a #1 hit on Triple-A Radio for three straight weeks; the band performed “Surround Me” on Late Night with Conan O’ Brien and saw their video for “Father” receive rotation on MTV2 and VH1. The Why Store was a Top 20 album for 1996 and went on to sell 250,000 copies. A fan favorite, “When You’re High” continues to receive worldwide attention and typically closes out each show.