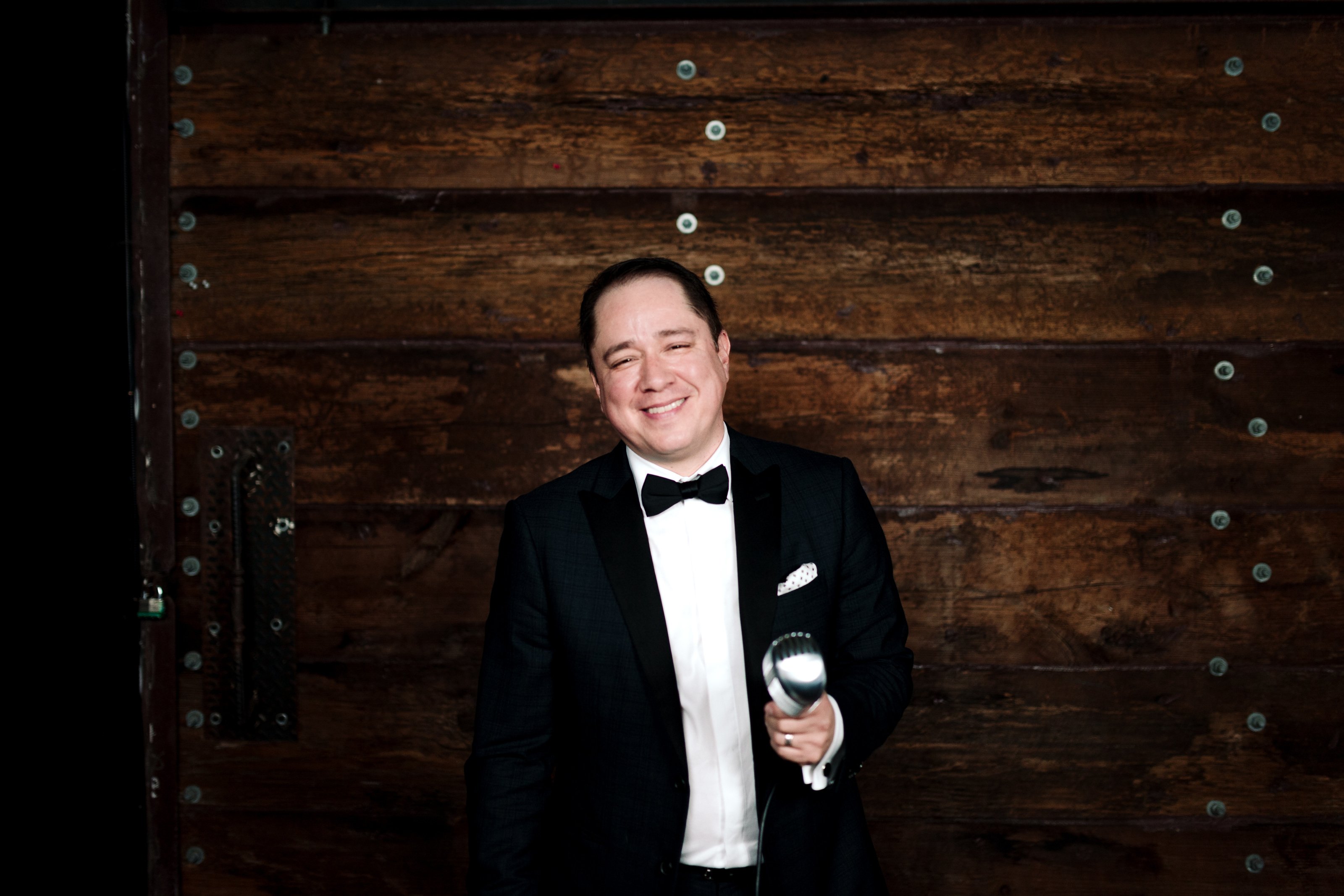 The release of the EP Don’t Call It Love is the recording debut of Anthony Caceres as a singer-bassist-leader. During an era when talented male jazz singers and crooners are scarce, the arrival of Caceres on the scene is a welcome event. He sings lyrics with warmth and a full understanding of the words, both his singing and his bass playing swing easily, and his band is excellent.

The name “Caceres” is a legendary one in the jazz world. Anthony’s grandfather Emilio Caceres was a major swing violinist who worked with Harry James and Jack Teagarden in addition to leading his own Latin orchestra, while his great uncle Ernie Caceres played solos on baritone sax and clarinet with the original Glenn Miller Orchestra and the freewheeling groups of Eddie Condon. “My father used to talk about them,” remembers Anthony. “By my late teens, I knew about their great musical legacy.”

Anthony Caceres was born in San Antonio, Texas. While he loved the music of Earth, Wind & Fire and the singing of Philip Bailey and Maurice White, the only singing that he did in his early life was in the elementary school choir in fifth grade. Since his father and brother played saxophone, as did his great uncle, Anthony began playing alto when he was in middle school. He switched to electric bass to join a friend’s rock band while in high school and later focused more on acoustic bass. After serving in the Navy, he attended San Antonio Community College, playing with their jazz band, a Latin jazz group, and a trio at a local French restaurant. Caceres enrolled at the University of North Texas while in his late twenties, getting the opportunity to play with many talented young musicians in what he remembers as a very rewarding experience. He graduated with a Bachelor’s Degree in Jazz Studies in 2003.

Right after college, Caceres began a two-year stint working with the Glenn Miller Orchestra, getting a chance to record an album with the group. “It was a real thrill knowing that my great uncle was in the original band.” He also had an opportunity to tour with the off-Broadway musical production of Miss Saigon and performed with the Four Aces, Freddie Jones, Ed Soph, Marvin Stamm, Bill Mays, Greg Abate and the late Carl Fontana.

Caceres left the Glenn Miller Orchestra when he reached the crossroads of his career. “For years I wanted to be a singer and I finally decided that it was time to form my own group and pursue my dreams. In late 2007, I put together my band and started gigging.” Inspired by such singers as Chet Baker, Johnny Hartman, Harry Connick Jr. and Jamie Cullum, Caceres developed a warm conversational style. He also mastered the knack of singing while simultaneously playing bass.

Don’t Call It Love, which was recorded in Houston, teams Caceres with guitarist Brad Ard, drummer Richard Cholakian and saxophonist Boris Kurganov. The six-song EP includes a joyful version of “You’d Be So Nice To Come Home To,” (which has a particularly inventive bass solo by Caceres), “Wives And Lovers,” Stevie Wonder’s “Golden Lady,” “Do Nothing Til You Hear From Me,” the relatively obscure but memorable “Don’t Call It Love,” and “Quiet Nights Of Quiet Stars.” Since the group was regularly performing these songs in clubs, the recording session progressed quickly. The results are fresh, swinging, and easily enjoyable.

Anthony Caceres, who has played as a sideman in recent times with pianist Pamela York and drummer Sebastian Whittaker, is featured with his trio regularly at Eddie Vs, the Fedora Lounge and other venues in the Houston area. “In the future, I look forward to performing and recording more, touring with my group, and playing at jazz festivals.”

The release of Don’t Call It Love is a major step forward for Anthony Caceres, introducing his very likable music to a wider audience.