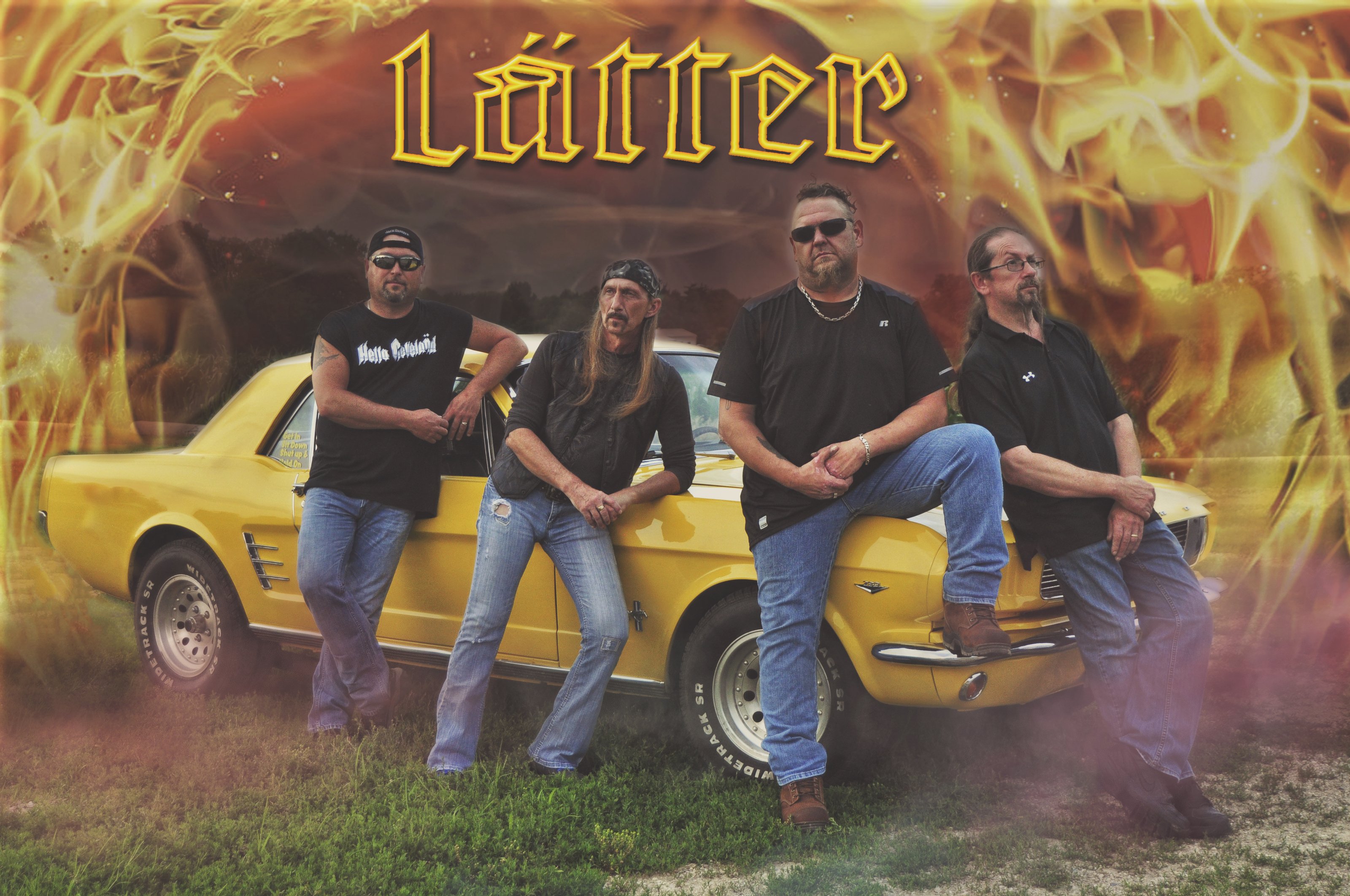 In early 2007, Greenville Ohio, Latter was formed and had been noted as being one of the area’s top notch bands by fans and clubs, with members of Johnny Bravo, Tazmainia, Masque, Ithika , to name a few. The project was put together to form a band that had not only veteran musicians with over 100 plus years experience between the 4 members, with a quality of music not found too much in today’s music industry as far as “local” talent. Latter is a 4 piece powerhouse, with an amazing musical blend of 70's 80’s Rock/Classic Rock, Some great “hair band” tunes, and most importantly…..a high impact show!!!

In 2013, Latter had the honor to open for national acts jackyl and Drowning Pool at Ohio Bike Week in Sandusky Ohio! And in 2014 Pop Evil. This is a great milestone for the band and as we strive to move forward with our own original music, the covers are a great impersonation of what Latter is all about…….As well as a great time with friend who love music!

2015 started off HOT and indeed, not stopping there! Latter promises the best years yet to come with big shows and summers to remember!

2016 has been an unreal time and 2017 is basically a milestone turned. With 2018 approaching, it's going to a new level. bigger show, bigger lights and a bigger tighter fuller sound. stay tuned...

Latter’s main objective for a great rock show, is to grab the audience by the __________ (ex. Hair, leg, or other body part) and make them feel that they just witnessed something extraordinary. High Energy, great set lists everyone can relate to and dance to, and a professional approach with the club owners is what Latter will continue to provide! NO HAIRSPRAY REQUIRED, (but recommended)

With all that said, take a closer look at the members:

Jim has been in the scene for a very long time, Frontman Extrodinaire! Jim has made a staple in the music
Community, with his range in vocal ability and acquired crowd skills. From Rush to Journey, Seether to Motley Crue, as well as Led Zeppelin. Jim will impress even the hardest of critics. Opening for great acts such as Survivor, and Drowning Pool, and with the past to present bands such as Johnny Bravo and Tazmainia , Jim is a very dedicated musician to the scene and to his fellow musicians, clubs, and family. With over 35 years experience, Jim Delivers!!!!

Not trying to sound like a broken record, but Quintin has also served in 30 plus years of dedicated experience to the world of music and the local scene. He has also seen the Studio with his former band Ithika, and linked them to the success to play the festive gigs such as WTUE’S St. Pat Rock’s Day party, Boo-N-Brew, and even hit the local stage at X-Fest with Seether! He also has been around the touring block gigging the Tri-State area for years.


Tim Hart – Bass/Vox – “Timmy” as we say, is by far a veteran of the music industry. With 30 plus years as well! Tim has been in some really good projects, as well as studio projects with local talent Mark Cantwill and The Punch Drunk Heores. With a sharp ear and tactful bass incentives, Tim bring a force to the band that is driven and inspired by everyone! As well as all the other members, not only tight and great fellas to hang with, but are also good friends, and good friends don’t let each other down. This is why, Latter has a feel of uniqueness and durabilitLatter has been very fortunate to have had the early success they have had and owe a great deal
of their gratitude to all the club owners and fans who have supported them on their
Quest to a successful Rock Show and longevity!

Here’s a few of the clubs/venues/festivals/rallies that Latter has had the privilege of playing: