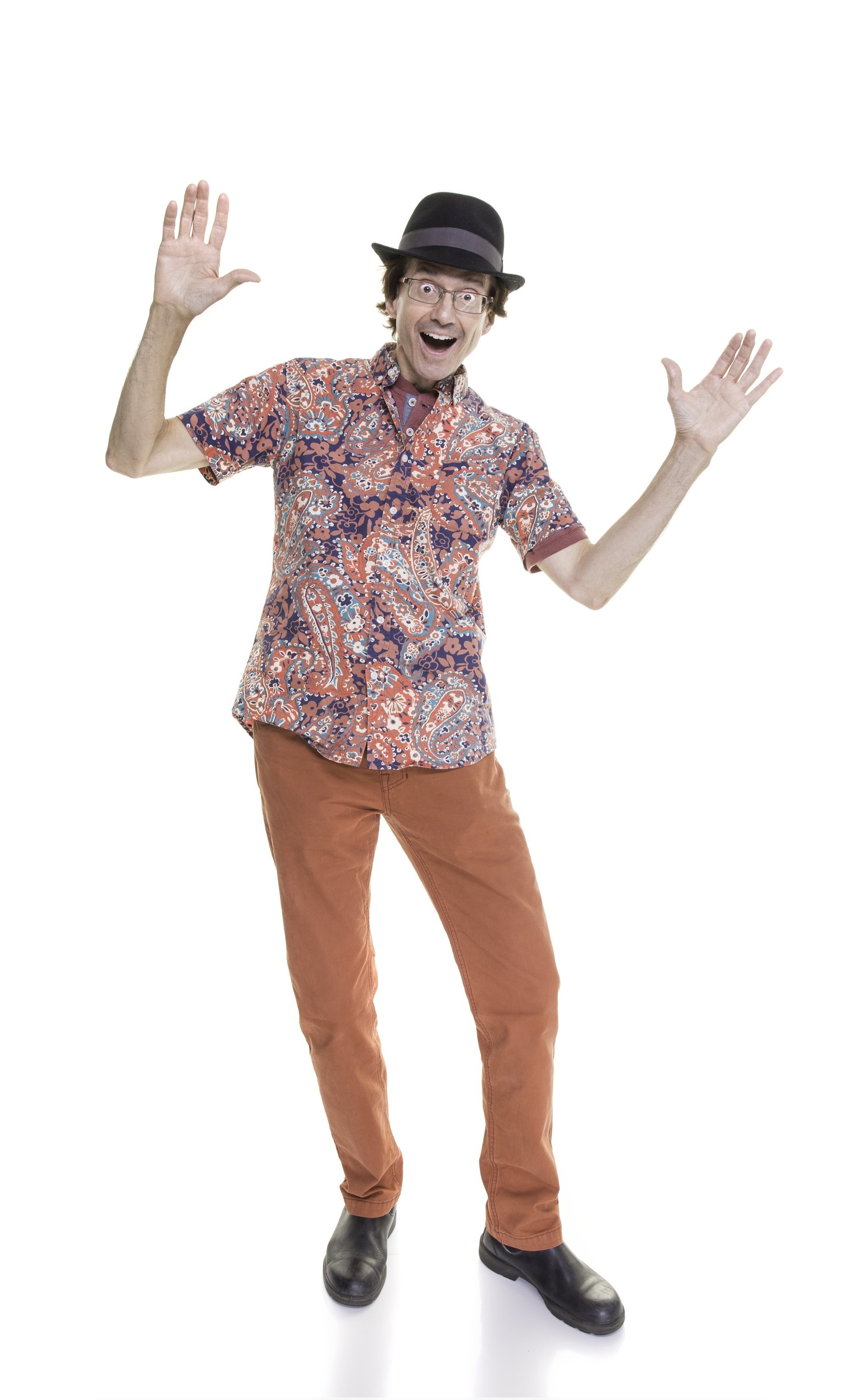 Every show is unique and inspiring! Audience volunteers could get to lead and write songs, play percussion instruments, and wear wacky wildlife costumes and so much more!

Peter engages all ages with his catchy blend of bluesy folk & uptempo, interactive, and heartfelt songs. Listen for gentle messages like: keeping the earth green, peace-making, and celebrating local and global community building.

The Alberta-based Lenton was originally a decorated teacher and curriculum specialist. His students responded to his incredible energy with such enthusiasm, that he was inspired to take his singing and guitar playing to the stage full-time and never looked back.

Some 15 years later, he is always evolving his storytelling skills, passion for the environment, and unflagging belief in children merging it all together into something fresh and inviting.

Though he performs primarily for height efficient folks... (including tweens), helping them express their own artistic tendencies, he also writes and sings for grown-ups.

His music encourages keeping creativity thriving as a lifelong passion. He has been winning awards for years... both in the music industry and educational communities.

His talent and commitment is widely known and admired. He has won a JUNO for his recordings, notably the anthemic Proud Like A Mountain, and he has opened up for like-minded conservationists and world leaders in ecology like Jane Goodall, David Suzuki and Stephen Lewis.

Peter taps music to fill concert halls, facilitate workshops and deliver musical keynotes, all across Canada and beyond in places like Morocco, the USA, New Zealand and Australia, proving that music truly is the universal language.

Little wonder why he and his legion of fans are Proud like a Mountain knowing he is out there tapping music to make a difference for all of us.