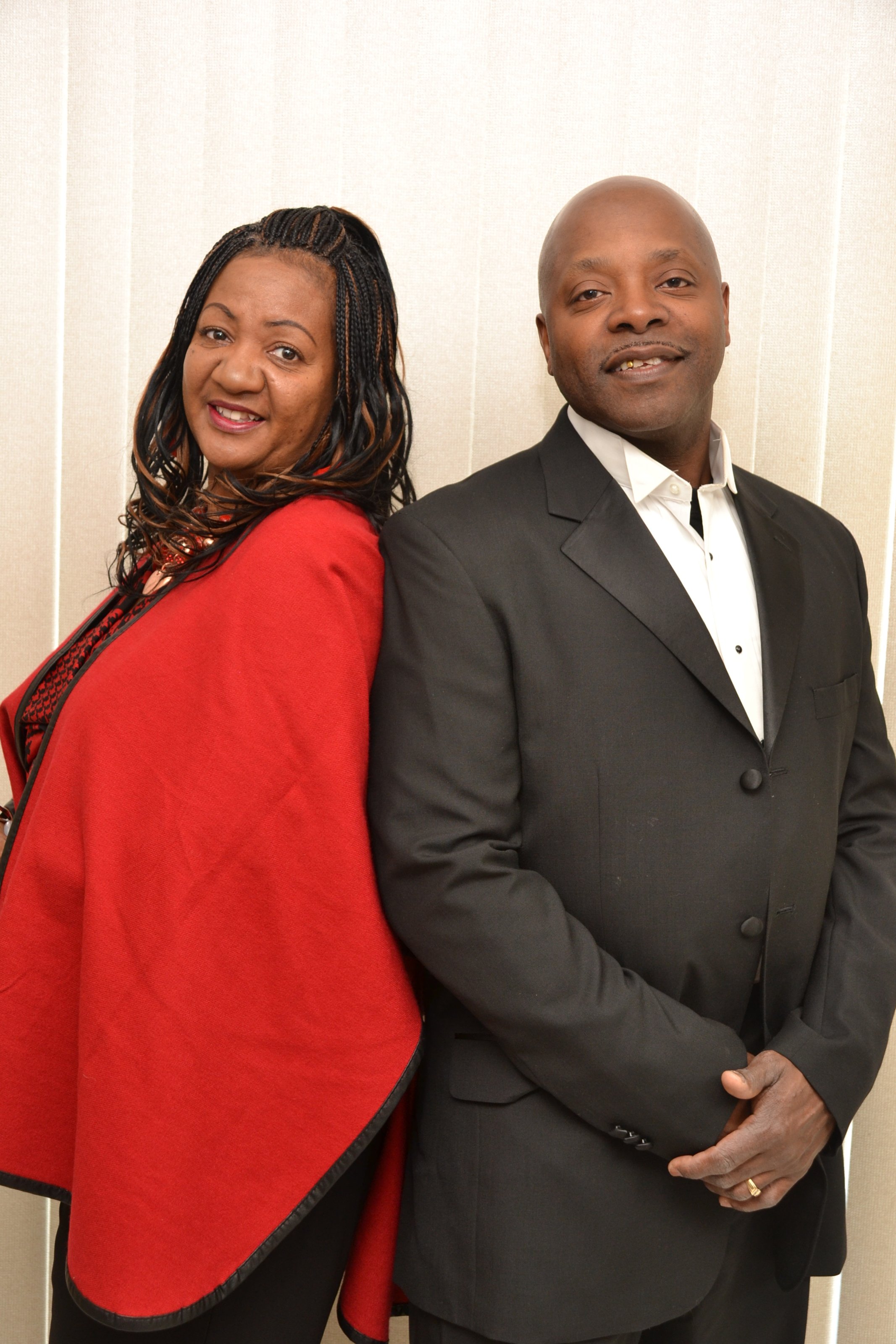 Tim and April Bell is a dynamic dual husband and wife music team, who’s been married over twenty- five years . Their smooth vocal duet blending and soul filled music captures the hearts of people everywhere they go.
Some of their influences are Natalie Cole, Whitney Houston, Anita Baker, Sade, Stanley Clark, Earth-Wind and Fire, Stevie Wonder, Donnie Hathaway and Chic Corea. April's dad is the late Mr Pete Scott who sang with the group ESQUIRES back in the day was a big influence to her.
Their marriage relationship, friendship and sharing in song writing, and performing together to inspire and bring out the best in others are  what sets them apart from other performers. In the 1980 we formed a Band called  "April Madness show Band " and backed up the singer name G C Camron for 3 years  was great experience
Tim and April Bell are the Founders of Grace Music Academy, training musicians and individuals in Music Theory, Music Business, Playing Instruments and Vocals. They are also Authors of the book called, “How to Play Piano Quick” which was published in November 2011. They also produced a CD album called “Depend On Me” in 2001. The single is available on www.apriltimbell/bandcamp.com
This dynamic dual will be released a new Recording project called https://timandaprilbell.com/album/80817/mix-tape-2014?autostart=true the the lasts project is https://timandaprilbell.com/album/250840/it-s-a-new-day?autostart=true
To view their EPK (electronic promo kit) go to http://www.reverbnation.com/rpk/timaprilbell New book called, “Forever Love-How to Stay Married Without Losing Your Mind” is about the personal experiences and married life of Tim and April Bell, who have been happily married for over 30 years. They share stories about how they met, subjects that they think are important in a successful marriage, as well as some helpful tools and resources for a long lasting, loving, and intimate marriage. This book offers room for activities and discussions for couples, individuals and/or groups to participate in after each chapter or topic. This book is not a substitution for professional marriage counseling nor psychological counseling.