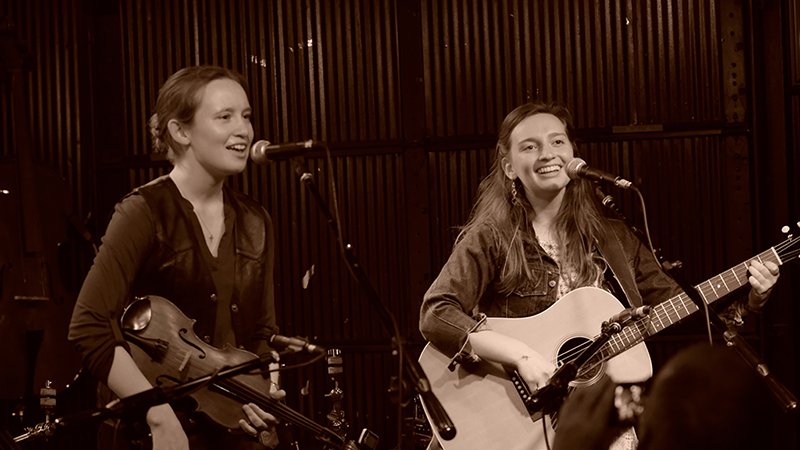 Touring the Midwest since May 2012, the Vogts Sisters touch the hearts of audiences everywhere they go. The young musicians have gained widespread recognition for their haunting vocals and tight sisterly harmonies, taking their music wherever they can to include stages at festivals, auditoriums, theaters, and more than a few coffee houses.

Named Best Duo in the 15th Annual International Acoustic Music Awards, the Vogts Sisters have garnered numerous awards in regional and international songwriting competitions. With over thirty original songs that fit seamlessly into their acoustic Americana-Folk act, the girls blend timeless music with sweet sister harmony. A few of their musical influences include Alison Krauss, Emmylou Harris, and Gillian Welch.

The Vogts Sisters' fourth album, Broken Ties, released in May 2018, highlighting ten original songs while exploring the range and dynamics of their maturing harmonies and instrumentation on mandolin, fiddle, and guitar. They are currently working on a new album, set to release Summer 2020. Other album titles include Homeward (2016), My Own Dixie (2015), and Old Time Noise (2012).

Maggie plays the fiddle and guitar, while Abigail plays the mandolin and guitar. They make their home in Southeast Kansas. Praised for their graceful, authentic, yet vulnerable performances where one hears the real deal, the Vogts Sisters remain humble, possessing a highly developed sense of who they are and what they represent.