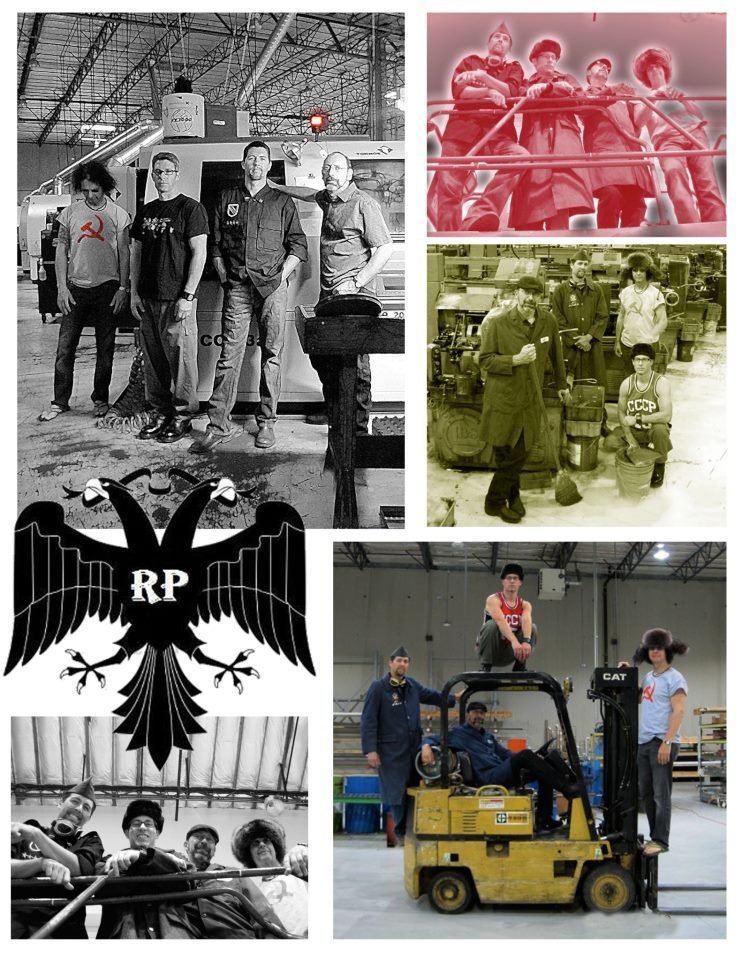 BAND BIO
Rubles Plunge (RP) formed in 2012 from 2 prior bands in the Reno area to become a 4-piece, guitar-based, hard rock band who specialize in blurring the lines between classic, heavy, progressive, and modern rock to create a unique blend of musical awesomeness. Never happy with the status quo, RP creates original music encompassing multiple genres with the hard sound their fans know and love --“Raw Rock-n-Roll the way you like.” RP’s catalog also contains “rublized” covers with unique arrangements and styles spanning the scope of the band’s influences: White Stripes, Jet, Queens of the Stone Age, Beatles, Black Sabbath, Black Crowes, Johnny Cash, Red Hot Chili Peppers, Weezer, Jimi Hendrix, and Royal Blood. The RP fan-base (aka “the Comrades”) have been rocked at more than 30 appearances in the Reno area alone, headlining at the Knitting Factory and many other Reno area venues while serving as local openers for a number of national- and regional-touring bands in addition to their fellow Reno-area bands.
Jason Crawford (lead vocals, guitar, harmonica)
Jason has called Reno home since 2004 after moving from the Sonoran desert of Tucson, AZ. Guitarist and vocalist for several musical incarnations in Arizona, Colorado, and Virginia, he finds great musical solace with Rubles Plunge, an amalgam of his two prior Reno-based bands. Heavy rock-infused musical exploration is what the Plunge represents, and with his deep love of American roots music to the heaviest of metal, Jason offers his eclectic styling to the fold.
Chris Dipaolo (Lead guitar, vocals)
Chris entered This World by way of Flint Michigan, Planet Earth. The son of a statistician and operatic singer he took a liking to music and science as a fetus. Began playing at age five, accepted to music school at 10, he decided to shelter his first love as a source of joy rather than vocation. Self-taught and eclectic he enjoys a full refraction. Shared music with many of Reno's great players he is currently rotating in the vortex of the Plunge.
Brion Hill (Bass, vocals)
Cousin Brion rocks the bass guitar like no one’s business. He grew up in Reno, and while constantly expanding his exposure to music he realized a love and respect for those who get up on the stage to bring the rock, punk, funk, country, and metal to the people. His quest is to find the groove and share it with everybody within ear shot of the low end. A booty needs the thump and it’s his prerogative to shake that booty…
Matt Leone (Drums, vocals)
Fate, and an honest desire to quit greasing heavy equipment or working on fishing boats, brought Matt to Reno in 1990. Over the years he has played everything from country western to blues, and he brings that stylistic diversity to the rock renderings of Rubles Plunge. A committed gear-head and technophile, he spends his days teaching and his nights dissecting the work of the great drummers of history, in search of a riff that will perfectly define the band's original music.