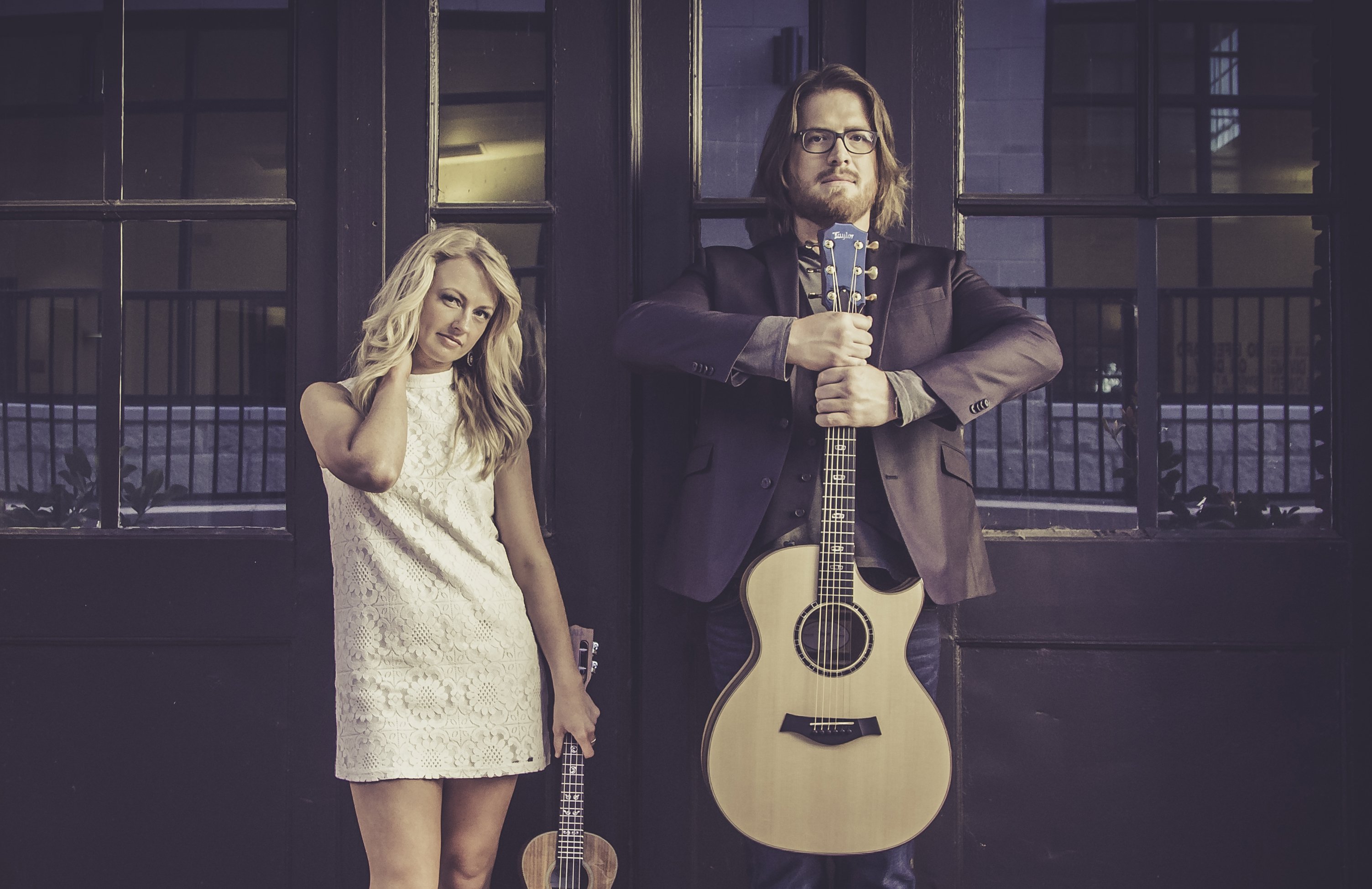 If Prettier Than Matt has a motto that describes them best, it is diversity and versatility combined with musical ability. The likeable duo have made a name for themselves in the Carolinas with a mixture of rock 'n' roll energy and acoustic accessibility that allows them to play in many different places, events, and situations and still appeal to a wide audience. They're Americana, pop, rock, and more on the newly released album Better Left Said, which features lead single “Anymore.”

Credit the varied musical taste of singer/keyboard/ukulele player Jessica Skinner and guitarist/singer Jeff Pitts as the source of their chemistry together on stage. Skinner is influenced by classic country females such as Dolly Parton, but also aware of the contemporary pop styles of Ingrid Michaelson and others. Pitts counts the arena rock/pop leanings of Bon Jovi and heavier acts such as Metallica in his wheelhouse. The result? They can play a rock club or a coffeehouse and deliver virtually the same set of upbeat originals and artfully done cover tunes.

Better Left Said was recorded with Kenny McWilliams in Columbia, South Carolina's Archer Avenue studio, taking a batch of new compositions and pairing them with new takes on several songs from previous recordings. The album presents a mature songwriting duo with a true sense of what they want to say, which is a lot.

The folk-Americana sounding opener “Anymore” uses a gently plucked rhythm as the vehicle for a lament over a past relationship that also includes serious self-reflection anyone in those shoes can relate to, while “Already Gone” isn't the Eagles classic but a similarly singable verse and chorus, the kind of country hit Martina McBride used to score with regularity on the charts.

Skinner's playful nature comes to the forefront on “The La La Song,” a natural sing-along with what sounds like a studio full of guests on the chorus, while Pitts takes lead vocals on a pair of tracks, the eulogy to a father “Taken Away” and “Did You?”. “Girl” adds a piano and strings for a contemporary ballad style, and “Run” adds some powerful electric guitars; both tunes show the duo is capable of much more than just pretty acoustic pop.

Prettier Than Matt is a self-contained DIY effort with Pitts and Skinner handling their own booking and management; on their own they have been able to mount cross-country tours the last several years and play shows with Sister Hazel, G. Love and Special Sauce, Danielle Howle, and others. If they haven't been to your town yet, it won't be long.