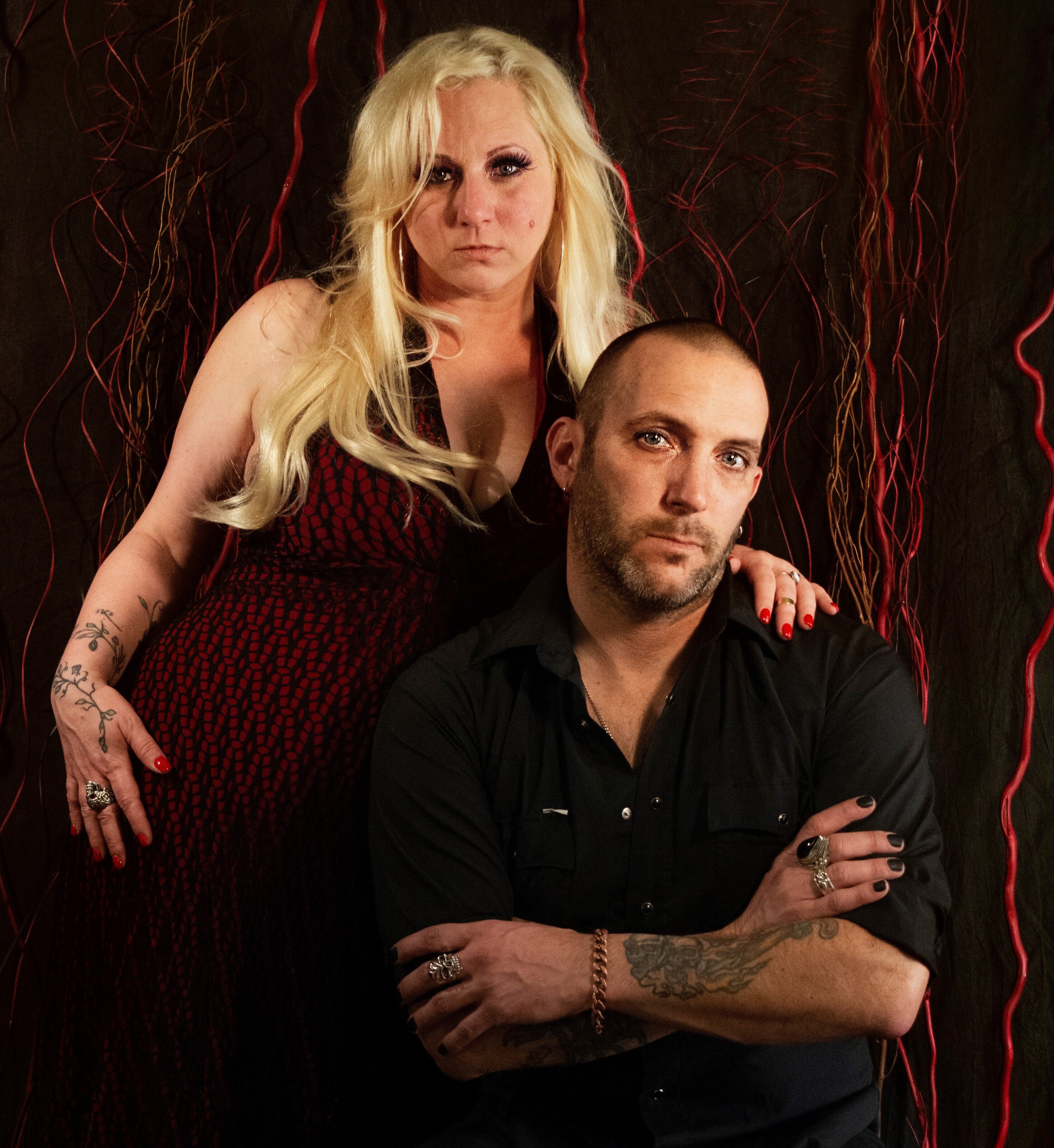 In May of 2010, Kat Downs (Good Natured Mortals/Sparrows Point/Saints of Ruin) and Mike Thompson (Big Nasty/Tokyo Raid/Cougar Kick) teamed up to experiment with the combination of classical piano and rock drumming. Typically described as “The Dresden Dolls mixed with PJ Harvey and a dash of Muse”, the music they create also reflects evidence of Zeppelin, Beethoven, Rush and Rachmaninoff. The combination of Kat Downs’ ornate hands and hair flying with Mike Thompson’s percussive mastery makes this duo the consummate definition of a “dream-team”. No holds barred, this group produces addictive rock n’ roll – with only two people and not one guitar in sight.

“Digging for comparisons, you can find a little bit of everyone from Nick Cave to Randy Newman, Amanda Palmer to Metallica in their work. Just simply comparing this band, however, does Sit Kitty Sit a disservice.”
– Nicholas Schneider, The Bay Bridged

2010 also saw the release of Sit Kitty Sit’s original EP, The Push, which was followed in 2012 by their first full-length album, Beautiful/Terrible. But for the band’s third album, Downs and Thompson had something else in mind. 2014 unleashed the release of Sit Kitty Sit’s epic Everlasting Fire. A storyline album based entirely on Dante’s Inferno. Spanning seven genres and boasting 15 guest artists, the release showcases the extensive versatility of Downs and Thompson as a team; revealing an entirely new side of the band that left both listeners and reviewers awe-stricken.

“’Everlasting Fire’ delivers a shiny and new outlook into the musical realm…What Downs and Thompson create with the simplest of instruments, most orchestras can’t even build with the most intricate of players.”

Touring almost non-stop since 2013, Sit Kitty Sit became known for consistently electrifying audiences with their energetically intense live performances, as well as developing a strong community among their faithful, almost cult-style following all across the United States. In 2015 the duo spread the love overseas for their first European tour, spanning the Netherlands, Germany, France, and England, leaving thrilled audiences in their wake.

“They seem to accomplish more with two people than most bands do with five.”
– Veronica Kirk, Black on the Canvas

Sit Kitty Sit was once again a featured performer at NAMM 2016 as guests of Killer-Q Instrument Straps, whose booth went on to win Best In Show in 2015. It also brought more national and international touring as well as the release of several new singles and multiple full- production music videos. In the fall of 2016 they embarked on another successful East Coast U.S. tour supported by good friends from Brighton, UK, Birdeatsbaby.

In September 2017, SKS settled into Dogwater Studios in Reno, NV for a week to record their 4th full-length studio album, Tectonic, reflecting the intense ups and downs in their personal lives over the past two years. They proudly released this record on the band’s 8th Birthday – May 4, 2018 – at their beloved SF local haunt, Bottom of the Hill. The remainder of 2018 consisted of extensive tour support for Tectonic throughout the West Coast and out to the Midwest, most notably opening up for Gin Blossoms, Tonic & Vertical Horizon in Island Lake, IL.

Over the past year, SKS has been quietly writing and planning a big relocation effort which now calls Wisconsin their home. Due to the current pandemic, they have been building a shiny new home studio/theater and plan to do several Live Streaming shows online. Stay tuned for updates!!