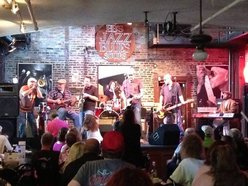 Bio: BB's Jazz Blues & Soups is one of the oldest Jazz & Blues bars in St Louis and specializes in live music and local cuisine. The 700 South Broadway building which houses BB's was known as Phil's Hotel as late as 1969, and has a colorful past. Since its original construction in the mid 1800's, in an area then known as "Frenchtown" with a further 3 story addition at the turn of the century, the location has been used as a home, boarding house, reception hall, merchantile, millinery, transient hotel, bar, diner, and a House of Ill Repute with 37 rooms between its 2nd and 3rd floors. We're a new company that's been around for a long time. And we were and still are a home to all the great Jazz & Blues musicians who have passed and who are still around. We're brimming with enthusiasm. We're stoked about our staff, our City's music and culture, the food, the drinks, the artworks, the memorabilia, and the whole overall operation.