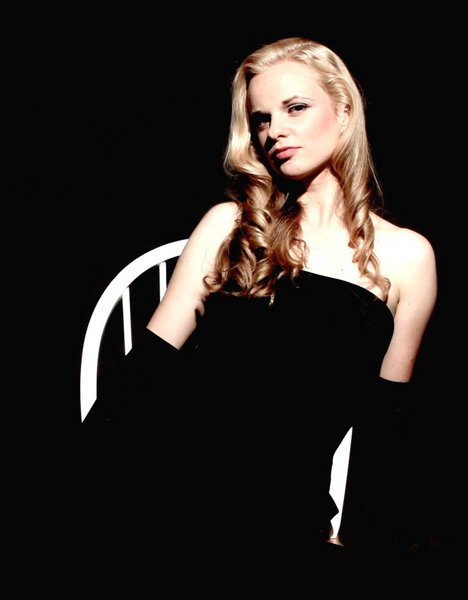 Original jazz in a traditional style is what defines jazz singer/songwriter Thisbe Vos.

Born in The Netherlands, she began her musical adventure as a teenager, when she joined the UK's No 1 Swing Band "The Jives Aces" for several tours of Europe and North America. Visiting over 80 cities in over 20 countries before the age of 21, it was during those tours that she decided to start writing original songs in the styles of the 1930s, 40s and 50s.

She set out for Los Angeles in 2008 to record a classic yet contemporary-sounding album featuring a mix of jazz standards and her own originals. She found a musical mentor in veteran bassist Henry Franklin, who provided her first introductions into the Los Angeles jazz scene.

Eleven years later, she has released four albums on her personal record label, Prime Productions, and has built a respectable following of jazz lovers worldwide.

Her music has received airplay on over 230 jazz radio stations in the US and Canada, including the Sirius XM Real Jazz Channel. It has been licensed for commercial use in restaurants and hotels in the US and abroad and has physical distribution in Japan. She has also been included in Japanese jazz vocal compilation CDs.

Thisbe has been honored with several awards including International Music & Entertainment Association's Jazz Artist of the Year, Jazz Song of the Year and Holiday Album of the Year. In 2014, her song "House of Make Believe" received Honorable Mention in the Jazz Category of the International Songwriting Competition.

In May 2016, her original song "Under Your Spell" was included in the season finale of ABC's "The Catch."

In December 2017, her original song "It's Beginning To Snow" was used to end the Christmas episode of the CBS legal drama "Bull."

In 2018, her music was used on the ABC TV show "A Million Little Things" and in two Hallmark movies.

In 2019, her song "House of Make Believe" was used in the independent film "Auggie."

Thisbe states that her inspiration comes from classic jazz singers, among whom most importantly Ella Fitzgerald, and from her extensive travels through the United States and Europe. As a songwriter, she is influenced by the Gershwin brothers, Cole Porter and Irving Berlin. Through her writing of jazz originals, she hopes to make a contribution to the future of vocal jazz and swing.

She makes live appearances in the greater Los Angeles area, including at the Cicada Club in downtown and the Lighthouse Café in Hermosa Beach.