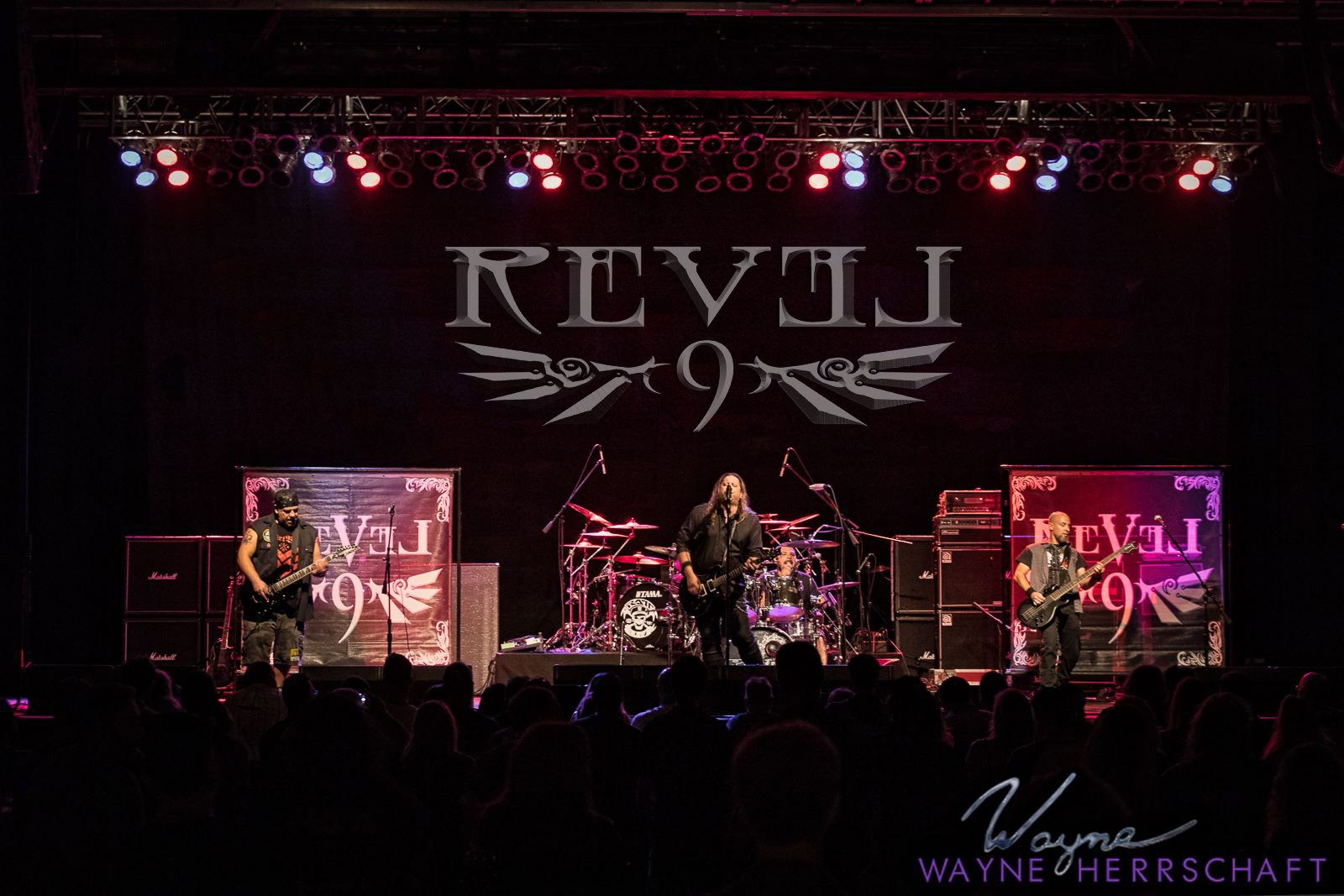 Somewhere between the catchy melodies of pop and the aggression of metal can be found the realm of today’s hard rock. REVEL 9 (Independent / Long Island, NY) takes great care to blend the best from those two fan-heavy genres and, with that care, the band continues to deliver the hard-hitting, insightful and intense music that has solidified them as a staple in the Northeastern Hard Rock scene. Fans of bands like Chevelle, Deftones, Slipknot and A Perfect Circle really have a lot to find in REVEL 9.
“I’m partial to Revel 9. They are by far my favorite local band… Actually they are my favorite band period.” – LIB Magazine
“Their music is equal parts catchy and aggressive, and “The Reality Crush” establishes them further as a band with the power and ability to appeal to the masses.” – Lehigh Valley Underground
The delivery on ‘The Razorblade Diaries’ is amazing. - Hip Rock Magazine
“The intensity of opener ‘San Jose’ is palpable and Pearlman impresses with his perfect rock vocal tone and blistering guitar licks.” - Now This ROCKS!
“They offer up a sound that is bound to catch on like crazy! - Neufutur Magazine
“This is the new now, the future, the way the music will be.” - NBTMusic
“Haven't heard anything like this in a while, which reminds me that I should.” – Aiding & Abetting

Launching an immediate assault on the area scene, REVEL 9 has become a band to watch. Rocking hard before audiences of hundreds and even thousands since their debut release of The Razorblade Diaries in July 2011, the band became a favorite among area clubs, promoters and fans who can’t resist being part of the dynamic journey. They’ve blown fans away across the region, from sold-out home shows on Long Island, to performances at major area venues like Mercury Lounge in NYC to The Legendary Dobbs in Philadelphia, to a record-setting attendance show at Six Flags Great Adventure during its famed “Fright Fest” concert series. The band can also be found at most of the area music conferences and festivals including the Liberty, Jersey Shore and Long Island Music Festivals, as well as SxSW, CMJ, Millennium Music Conference and more.

Playing a huge role in the sonic evolution of REVEL 9 is remixer/producer “Pull", who has worked on records by everyone from Rob Thomas and Mick Jagger to Skillet and Shinedown. A longtime friend, Pull liked some of Pearlman’s earlier material, but always pushed the singer to dig deeper. Pearlman played some of the songs he had been working on that would eventually become the …Diaries, and through his guidance, helped fashion the sound of REVEL 9. The two hooked up again to craft The Reality Crush (October 2015) and are currently working on the band’s third studio record, due out in the summer of 2020. “Pull and I needed to develop the songwriting beyond that of the …Diaries and The Reality Crush;” says Pearlman, “there’s just no point in doing those records again. We pushed the songs on this new record as far as they could go, and it’s definitely what we needed it to be. There is a lot of anticipation for this new record, and it will not disappoint.”

That confidence is not without merit, Breakout songs like “Quietmind”, “The Good Fight”, “What It Is” and “San Jose” have not only earned them much in downloads and royalties, but also some significant industry recognition in print and online spotlights and multiple placements on Official Ballots for the Grammy Awards in the following categories: Best Rock Performance: All I’ve Become and Lay My Head (54th Annual Grammy Awards) and What It Is and The Good Fight (57th), as well as Best Rock Song: REVEL 9 - All I’ve Become (54th).

Regarding the upcoming release and the future of REVEL 9, Pearlman says “It’s been a terribly difficult few years and I had a lot to say about it; so I did. I was going for something very specific with this new record. We needed to capture the intensity of the hard rock genre, but still be able to get the story across to the listener, and I think we’ve done that. The material is good, there is no denying that at this point. Now it’s only a matter of whether people like it or not, and we’re OK with that.” Adding, “It’s the most powerful and fulfilling album we could make and we know it. Soon everyone else will know it too.”