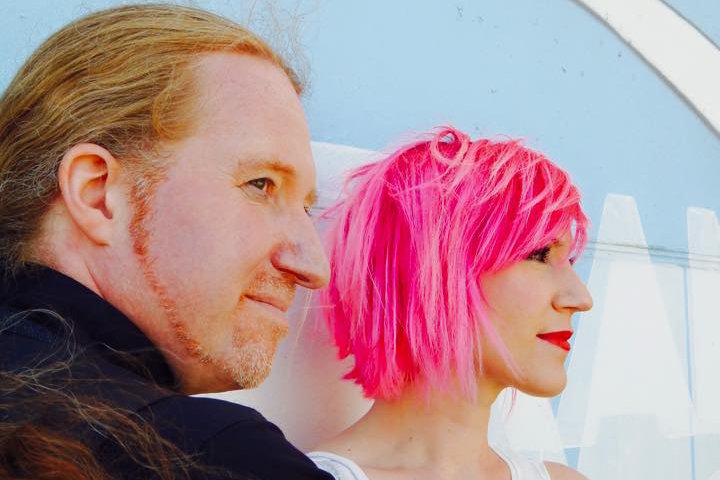 Cate Evens is an artist who knows what she wants. You can get a good impression of this on her first EP "Angel on the Edge". Along with her new single "The Walking Away”, which Cate performed at the German premiere of "Quantum of Solace", the singer, who originally comes from Brilon, and her guitar-player Torsten Wördemann, are once again headed for success.
The 30-year-old started her musical career in 1999 after she moved to Hamburg to study at the "Stage School of Music, Dance and Drama" to become a professional performer. Three years later, she graduated from the Stage School and got engagements in several smaller musical-shows before finally discovering her passion for rock music in 2003. That energy helped Cate Evens to become lead singer in several pop/rockbands.
Since 2007, however, Cate has been fully concentrating on her solo-career. The release of "Angel on the Edge" in 2008 got Cate TV-appearances in shows at Hamburg1, WDR, NDR and Center TV, and airplay on most German speaking radio stations. Her performance at "Live in Town" in Meschede (03/09) got Cate on the cover of the magazine "Sauerländer", and corresponding with her unplugged-tour, "Bild Magdeburg" printed a large article on her.
In January 2009, busy Miss Evens, who is also an active supporter of the German animal-welfare-program "Tierschutzbund", gave a rock-show in Milano/Italy, opening for the American singer/songwriter Indiana Gregg.
A successful shopping mall tour through over 40 German malls and furniture stores (dec.08-jul.09) followed, where Cate, got to be the supporting act for Fady Maalouf and Mike Leon Grosch (both 2nd place winners of the "German idol” television show).
After her participation in this years´season of "X-Factor" on VOX she just released her second studio album "Rebelutionary" and was the opening act of "KARAT"s big Germany tour in Stralsund in October 2011.