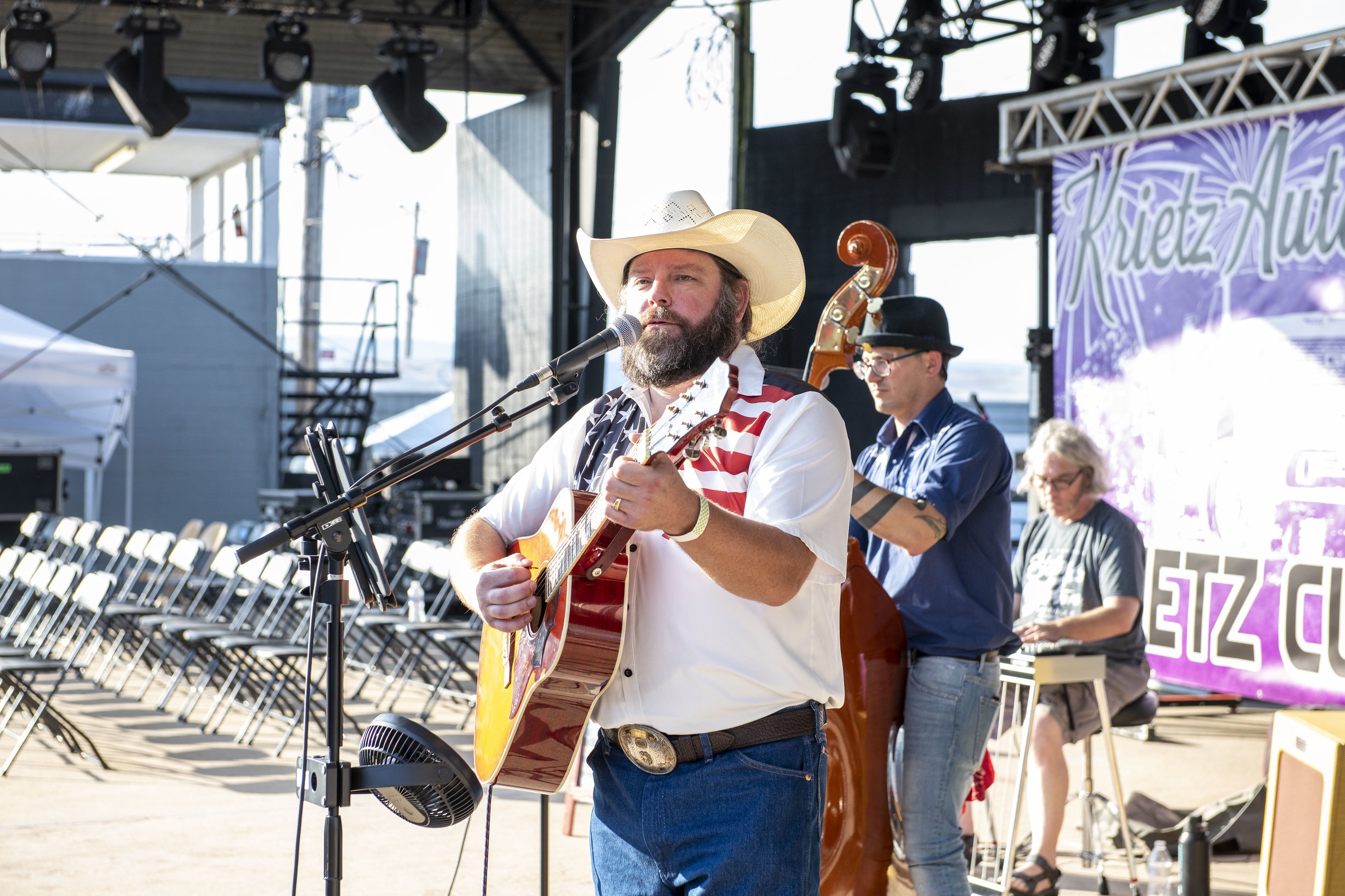 Mike Kuster keeps real, traditional Country Music alive and well in the 21st Century with his original music and covering the greatest Country Music in his live shows. His music earns him accolades such as Independent Music Network's Country Impact Artist of 2022 and Country Song of 2021 with "Daddy's Blue Jean Jacket", Country Music France's "Top 20 Albums of 2022", Saving Country Music's "2022 Essential Albums List", and the Balcony Show's "15 Must-Have Albums of 2022".

Mike Kuster and his band, The Catoctin Cowboys, can be found playing fairs, festivals, pubs, clubs, and private parties throughout the Mid-Atlantic and beyond. Mike's "Honky Tonk Good Timin' Show" mixes his originals with an ever changing set list of the best Country Music songs, and throwing in some surprise covers, too.

"To sing country, you have to live country, and that’s what makes the music of Mike Kuster so much more meaningful. It comes with that real life, lived-in and loved aspect that you just don’t get from the antiseptic and formulaic notions of big radio singles.

It’s the personal and true-to-life stories that Mike Kuster puts to song that make Better Late Than Never much more than just a local project from a local singer, even if it’s the local flavor of the songs that make them so resonant, sincere, and so distinctly country like country music is supposed to be. That is why local country artist Mike Kuster deserves national and international attention." - SavingCountryMusic.com

Mike Kuster grew up on a small farm in Frederick County, Maryland. He's been singing and playing music since he was a child in church and at home.

Mike started writing music in college and worked as a disc jockey in the afternoons during college. After college, he married his high school sweetheart. They settled and are raising three children in Frederick County, Maryland.