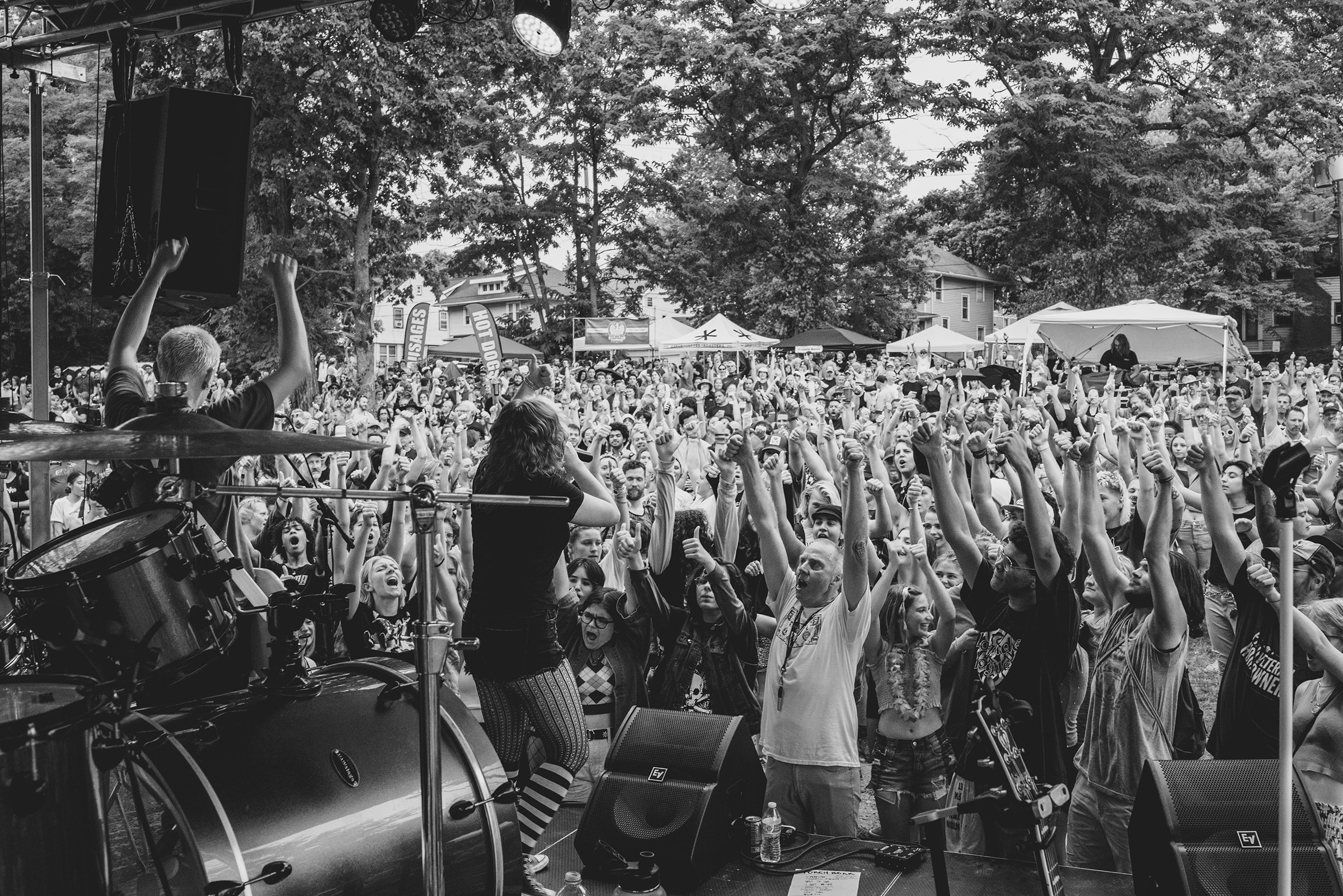 DETENTION is a high-energy pop-punk/alt-rock band of teens from Akron, Ohio. They crushed the main stage at the local PorchRokr in Highland Square with an estimated 2,000+ fans crowd surfing and singing the lyrics.  Detention just wrapped up three Elevation Group “Wonder” festivals in Indianapolis, Cleveland, and Columbus among headliners Duran Duran, Lorde, and the Lumineers. Their latest single ‘Good + Ready’ was a top played track on Faction Punk on Sirius XM, which follows-up heavy rotation of ’56 Minutes’. They won “best punk band” by the Cleveland Music Awards and will be playing their 3rd Devo “Devotional” with Gerald Casale and Mark Mothersbaugh on September 17th at the Beachland Ballroom. 9/21 at The Goodyear Theater in Akron.