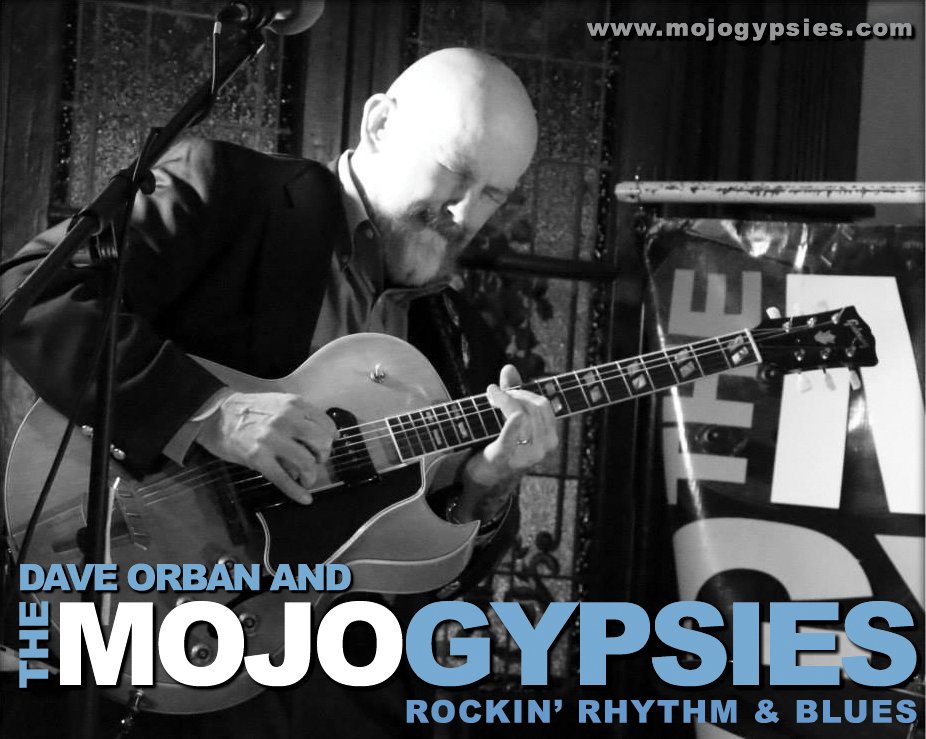 Active since 1998 and based in the Philly area, Dave Orban & the Mojo Gypsies are a high-energy quartet that play a unique blend of up-tempo blues and old-school R&B. Bandleader Dave Orban – an International Blues Hall of Fame inductee – has performed with or supported such national acts as James Harman, Debbie Davies, Rick Estrin and the Nightcats, Steve Guyger, Lucky Peterson, Murali Coryell, and Selwyn Birchwood.

“The band’s music integrates many influences from the greater blues tradition – from Chicago and West Coast electric blues to southern country blues and even New Orleans-styled marches. With a repertoire that shines a light on lesser-known but compelling tunes from the pioneers of the blues form, the band looks to impart a contemporary feel to a traditional form, while not departing drastically from the foundational elements of this type of music.”

“Influences ranging from Willie Dixon to Bob Dylan to the Rolling Stones and even Norah Jones can be heard in Orban’s original tunes. His songs are self-contained stories in their own right, and cover a variety of topics that can be both humorous as well as more serious.”

Their most recent single, "The Trouble With You," was released in September 2021, and is available on iTunes/Apple Music, Amazon, Spotify, Pandora, etc., and can be previewed on YouTube: https://youtu.be/_g6voGftrO8

Their first CD, "I Heard You Twice the First Time," containing 14 of Orban’s original tunes, was released in September 2016 and is available on iTunes, Amazon, Spotify, YouTube, etc. You can preview it here: https://youtu.be/Cy_frbACDKw