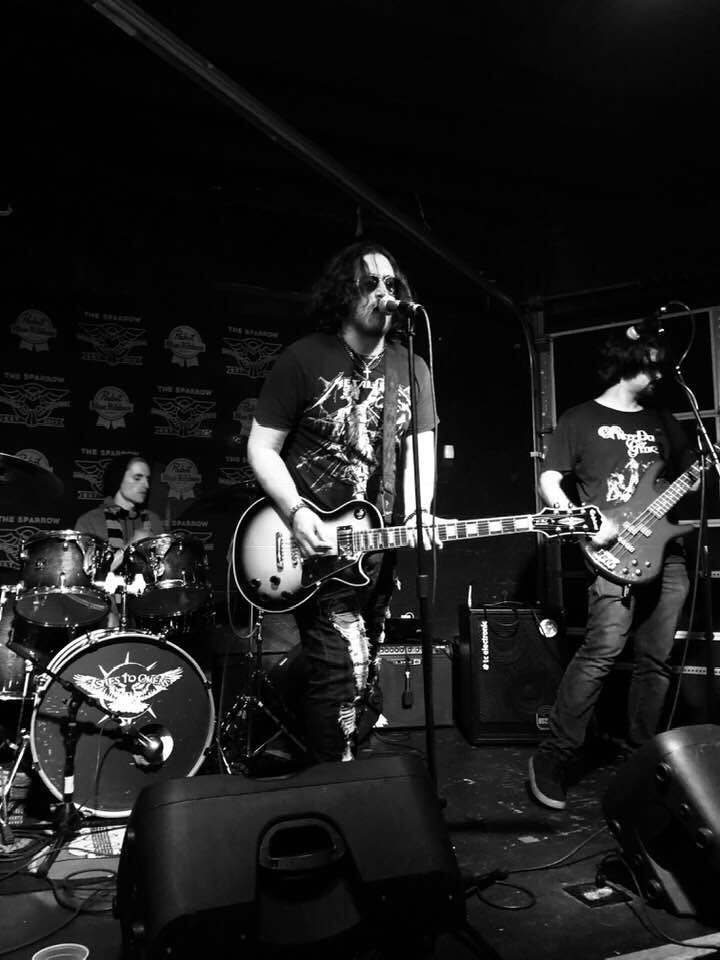 THE BEGINNING
Ashes to Omens is a five-piece multi-genre rock band, hailing from Athens, Georgia. The band formed in the summer of 2017 by James Branton when he met bassist Christopher Blake. The 2 musicians had immediate musical chemistry. Their sound has been described as “melodic” and “haunting”, brought to life by powerfully rhythmic instrumentation that gives every track a sense of depth lacking from the genre.

The band broke into the scene with their debut single, “The Screws,” followed closely by their first music video in 2018. Unfortunately, Ashes to Omens’ immediate success was quickly overshadowed by tragedy, as their front man, James Branton, was diagnosed with thyroid cancer. But if you thought a battle with cancer would stop Branton and the rest of his bandmates from pursuing their passion, you would be mistaken.

With the support of his brothers in music, Branton went on to beat cancer and reestablish Ashes to Omens as a five-piece ensemble, shortly thereafter leading the band in releasing their self-titled EP.

And the group’s comeback didn’t stop there.

THE COMEBACK
Back to making music with a reinvigorated sense of purpose, Ashes to Omens’ first album would go on to receive critical acclaim from local publications, including Reverbnation, where their music would reign at the number one chart spot for more than a year. Where success make some artists comfortable and complacent, Ashes to Omens’ achievements only served to enrich the band’s appreciation for post hardcore music and their place in the scene. That being the case, it’s no surprise that their next tracks hit harder and with more emotion than any of their prior releases.

Ashes to Omens went on to release a feature single from their debut album in 2021 – an event that would bring new attention and praise to the group. Their smash hit, “The Conflict Within,” served as a testament to the band’s growing maturity and refined musical talent. The unrelenting emotion behind every note made it apparent that the band was no longer up-and-coming – they were now a force to be reckoned with. Both Georgia Music Spotlight and Rawckus Magazine lauded the band’s sensational new sound, and shortly thereafter, Ashes to Omens would go from playing local gigs to headlining their own performances, turning out crowds of rowdy supporters eager to experience the incredible choruses of pain, loss, and perseverance that had come to mean so much within the hard rock and post hardcore community.

THE FUTURE
The band’s spike in popularity has thrust them into the spotlight along other big-name acts, including September Mourning, Demon in Me and Rehab. Yet despite this ascension to prominence, Ashes to Omens remains committed to the art of making music that resonates with its listeners. To this end, the group dropped a game-changing single in 2020, titled, “War Cry,” which explores the psychological toll of post-traumatic stress disorder. The song’s message hit home for many and earned airtime on a wide variety of prominent radio stations all along the East Coast. In late 2020, the group added Illinois native Derek Johnson on drums and began work on finishing up their newest album. Derek was able to bring a breath of fresh air to the already unique music style that the band evoked by adding in some post hardcore influences in writing.

At the beginning of 2021 the band went back to the mix with the reintroduction of early member Michael Mitchell. As of July 11, 2021, Ashes to Omens is proud to bring yet another power anthem to the fold in the form of their latest single, “Speaking My Mind.” This track sets the tone for what fans can expect from their upcoming second studio album, set to release in October. This next collection represents a further evolution in the band’s sound, produced by none other than Georgia-based audiophile from Led Belly Studios, Matt Washburn. Led Belly has had a hand in producing iconic rock and metal albums from bands like Mastadon, Artemis Pyledriver, and Legion X and many more.

Ashes to Omens promises to continue bringing gut-punching riffs, brain-bending performances, and crisp vocals chock full of that brooding, southern sound they’ve come to perfect. The band is certain its fans will find much to love about their next album and look forward to jumping alongside every one of them at upcoming shows.