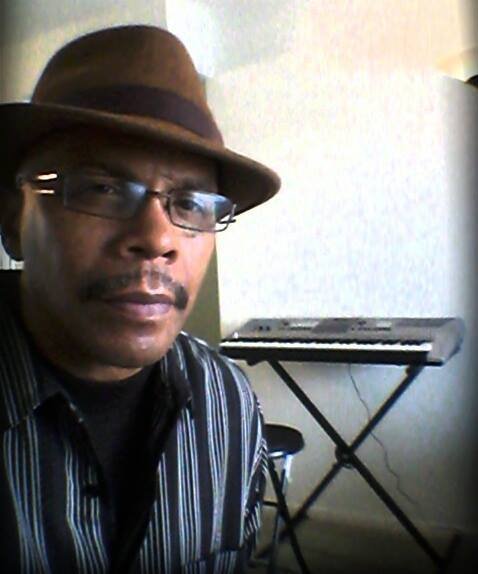 "Lord I'm Ready" EP , released March 2015, is the latest musical manifestation and fruition from seeds planted within the heart and soul of independent gospel recording artist, music producer and song writer Algie E. Williams Jr. (a.k.a. Algernon ). His single "Lord I'm Ready, is the recipient of two "Top 10 and 14 Top 40" Achievement Awards on www.OurStage.com . The hit has crossed over from Christian into R&B and Jazz charts. Algernon's fan base continues to grow and gain momentum; his music can be found at: CD Baby Music Store (www.cdbaby/cd/algernon4 ), Amazon.com (Algernon / Lord I'm Ready ) iTunes, Rhapsody and more.
Algie E. Williams Jr. (a.k.a. Algernon ), formerly served as Mid West director of JTC X- Change Inc. a non-profit organization; as JTC Media Department Program director and as JTC Radio Show Host. Algernon also serves as an active civil servant mentoring middle school and high school students; and is a proud military veteran. Algernon says, "It has been a dream of mine to reach this point in my life by fulfilling this vision. After many years of hard trials and tribulations; I finally ran to the Lord, not running away from Him, my soul said "YES LORD" and JEHOVAH - JIREH did the rest. My music is my overall view of how I've lived my past, present, and looking towards the future; my free expression of poetry in motion." Algernon is currently involved with his newest project " ALGERNON RADIO which is under the umbrella of JANGO RADIO.com internet radio , promoting my EP Lord I'm Ready in a lineup with some of today's top recording gospel artist / indie artist @ www.jango.com/music/Algernon .

As the second oldest of six siblings, Algernon was born in Spanish Harlem and raised in Brooklyn, New York; when as a young man, he was introduced to the music industry. Algernon's musical debut began as a member of "The InnerVisions" a smooth R&B group where they toured in and around the New York City area. It was during that time Algernon met a man who later proved to be very influential in his life; one of gospels greats; Grammy-nominated gospel singer and composer, the late Rev, Timothy Wright. After "The InnerVisions" Algie pursued many musical interest, performing with various musical groups as opportunities presented themselves as backup singer and songwriter to eventually going solo, writing and singing. Even while serving in the military in the Communications field; Algernon's musical appetite developed as he worked with small record labels between Seattle and New York City.
Algernon's musical background spans the smooth sounds of R&B, Jazz and gospel. Although his musical endeavors have endured many setbacks, Algernon has never given up on his love for music. This love eventually led him into making a decision of what direction his music would take. Unbeknownst to him, many years later, a seed was planted in his life; as he later came to realize that his desire for putting God's word to song kept growing inside of him. This desire compelled him to writing gospel music and in 1991 he wrote and published "If you just believe in His love" for the Gospel Rama Gospel Expo convention in Atlanta, GA. .
Algernon says "my life's testimony and contribution to Kingdom Building is through word and song and I thank my Lord and Savior Jesus Christ for never giving up on more." May the message in the music minister to your soul; and be encouraged." Follow Algernon on: Twitter, Facebook, Algernon Radio @ www.jango.com/music/Algernon , www.OurStage.com , www.Soundcloud.com (Algernon1954 ) Links: http://soundcloud.com/algernon1954 , http://facebook.com/pages/Algie-aka-Algernon , http://www.reverbnation.com/rpk/algernon2 , http://www.cdbaby.com/cd/algernon4 . Peace.