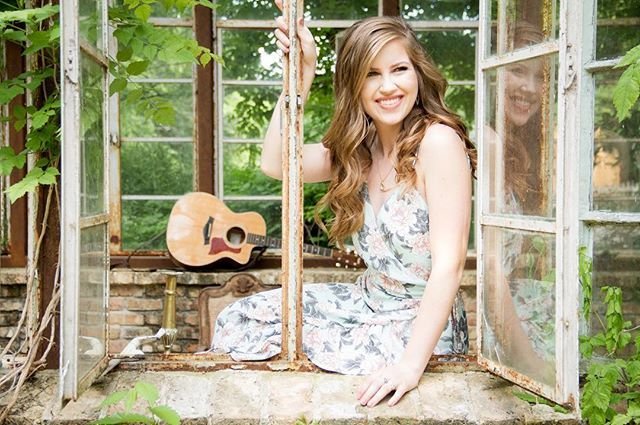 Bethany Becker is a 23 year old up and coming artist from Austin, TX, who lives and breathes pop country music.

Her love for Taylor Swift initially led her to country music and the stories, realness, and vulnerability of the songs made her fall in love with it. Summer 2013, she flew out to Nashville to write and record her first EP with Keith Follese (Tim McGraw, Martina McBride, Faith Hill), Adrienne Follese, and Liz Rose (Taylor Swift). The EP, “Maybe More,” is the result of taking her personal stories and writing experience and adding in some of the top songwriters and producers in the business.

A few years after creating “Maybe More” and the EP landing multiple nominations for the Hollywood Music and Media Awards and various other competitions, more stars aligned and after several trips back and forth from Nashville and many hours writing and recording, she finished her first full album, which includes the songs off of the “Maybe More” EP as well as seven new songs created with the help of the incredible Jeff Pardo (Lady Antebellum, Matthew West, Colton Dixon). Since its release, the album has received great reviews and has also received numerous award nominations.

Currently, Bethany is touring around Texas with her first band and showing her art to anyone who will listen. In the past few years she has performed hundreds of shows including a tour with High School Nation and “Drake and Josh” star Drake Bell, Six Flags Over Texas, Rodeo Austin, Goorin SXSW, Grapefest, ACL 3TEN, and Berges Fest among others. She has also appeared live on both Good Morning Texas and Good Day Austin in the past few months. In between shows and appearances, she is working towards her Bachelor’s Degree from Berklee School of Music Online.

In addition to music, Bethany is also a professional actress. She recently filmed the lead role in the multi-award winning film “The Dark Places,” a new short film about a young woman’s journey between depression and self-harming to a place of HOPE with the help of a loving FATHER. After its release, the film will be distributed to open up the conversation on mental health. She recently received the Best Actress award at the Branson International Film Festival for her performance, and was nominated for Best Actress at the International Christian Film and Musical Festival and the Green Mountain Christian Film Festival.

She has also shined with a lead role in "Convalesce" and supporting roles in "Empire of Shadows" and "The Next 24 Hours."

Bethany works hard to make her music relatable, not just to other 23-year-old girls but to people of all ages and all walks of life. In addition to being relatable, it’s important to her that no parent ever feels like they have to cover their child’s ears at one of her shows. She is happy and proud to say that her album is 100% clean and safe for people of all ages as well.

She is always singing, constantly writing, and she always has something new and positively entertaining around the corner.