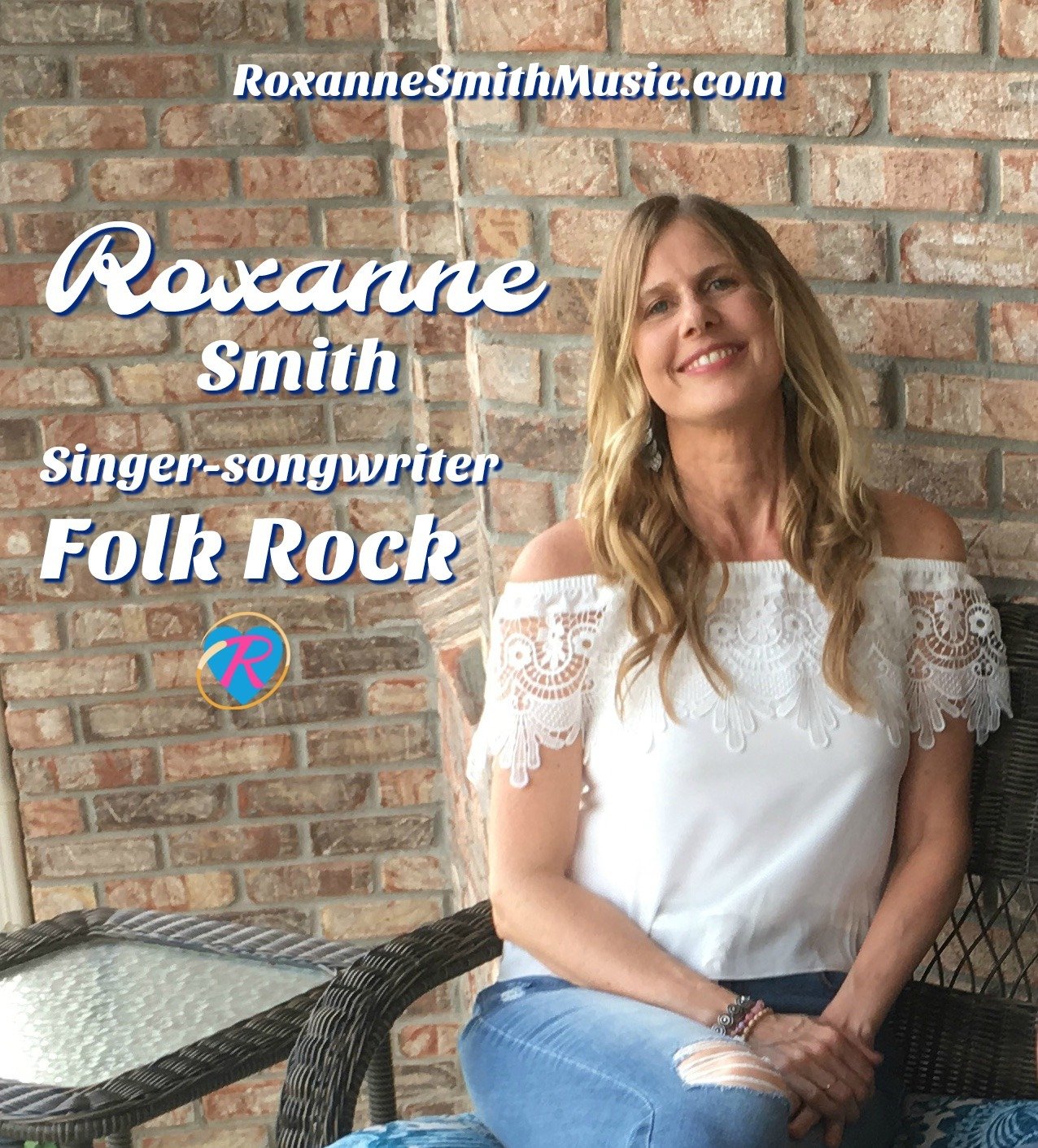 Roxanne Smith is a Singer-Songwriter from Indianapolis, Indiana. Her soulful, emotional songs seamlessly blend layers of folk and rock with warm and passionate harmonies. Her deeply insightful lyrics compel listeners to reflect and feel hopeful about their lives as well as soothed and comforted. Her voice has an ease about it and the quality in her vocal tone is sometimes very pure and angelic and at other times it has a beautiful raspy and smokey tone.​​

In 2013 she collaborated with local musician Wendell Ray for the production of her first 6 songs and the guitar, percussion, and harmonica tracks to 28 of her original songs--this work transpired into her DEBUT ALBUM of 10 original songs entitled A New Beginning. In September 2014 it was released on all music platforms worldwide including iTunes, Amazon, AppleMusic, CDBaby.com and iHeartRadio etc. This album was professionally Mastered and Re-released in May 2017. It is also now available for the first time in professional CD form and will be available for purchase at shows and at the following link: Cdbaby.com/roxannesmith2.


Born in the midwest and raised in small-town Cambridge, Ohio with deep musical roots of all different genres, she was drawn towards soulful folk-rock with beautiful harmonies at an early age. Singing since the age of 5, heavy influences started with the music of Carole King's Tapestry album which resonated deeply in her formative years. She started harmonizing with her favorite Linda Ronstadt songs during her school years and her passion to be a singer kept growing. At the age of 17 she got her first guitar. Although she was classically trained as a mezzo soprano in college this was not the kind of music she yearned to sing so she took some guitar lessons in college and has been singing with her acoustic guitar ever since.​​

​​
She had been writing poetry about love and relationships since age 14 and started putting poetry to music in 2004. She has now written over 50 songs and calls them Folk Rock Songs For the Soul.


Her major influences in the development of her singing and songwriting style were Bonnie Raitt, Linda Ronstadt, and Carole King. Other musical influences were Stevie Wonder, Crosby-Stills-Nash and Young, Stevie Nicks, James Taylor, Sheryl Crow, John Mellencamp, Avril Lavigne, Colbie Caillat, and Sara Bareilles.
CONTACT: You may contact her via phone at 317-605-2202, or via email at Roxanne9Smith@hotmail.com.