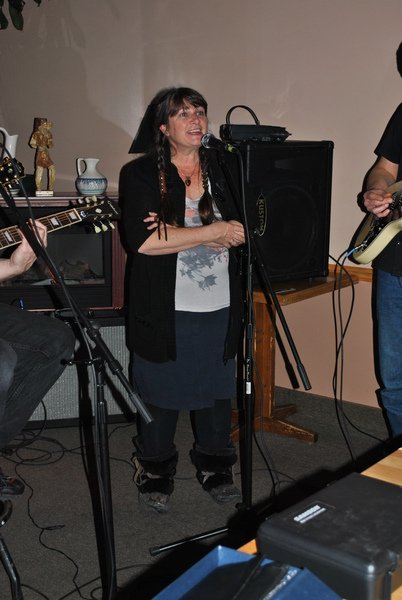 Second Hand Dogs is in the production process of recording their debut, studio LP with career defining tracks that include, The Rain Song, Forever One, Ohio and Aliens Among Us. For over 12 years, Second Hand Dogs have shared their music with local audiences.

In 2013, Second Hand Dogs were selected as 1 of 10 local bands to play their original music at the Ohio State Fair for Ohio Music Showcase. The band was chosen to perform again in 2014 at this event.

In February 2013 Second Hand Dogs hosted a musical benefit for P.A.W.S. at the Negative Space Art Gallery in the Asian Cultural Arts Center.

Second Hand Dogs, in collaboration with The Cuyahoga County Fair and The Cleveland Blues Society, played at the fair and were given the opportunity to run a prearranged open mic.

The Band has been in the top 10 on the Reverbnation Singer/Songwriter charts since 2012. Visit http://www.secondhanddogs.net/ and check out our schedule of events.
Phil and Darla met through music in 1998. Phil has been writing music on his own for years and now collaborates with Darla in song writing. Whether writing songs about thier lives, events or songs just for fun, everything comes from the heart.
Second Hand Dogs are big supporters of local live music and host local open mics for new and well established artists.
Recently the Band has added percussionist Nathan Seidel (Nate) which has given the sound of Second Hand Dogs a new dynamic.
Second Hand Dogs has always had a long standing motto "a little bit of something for everyone" from the covers preformed in their music sets, right down to their original "My Pirate Song" written for children of all ages.