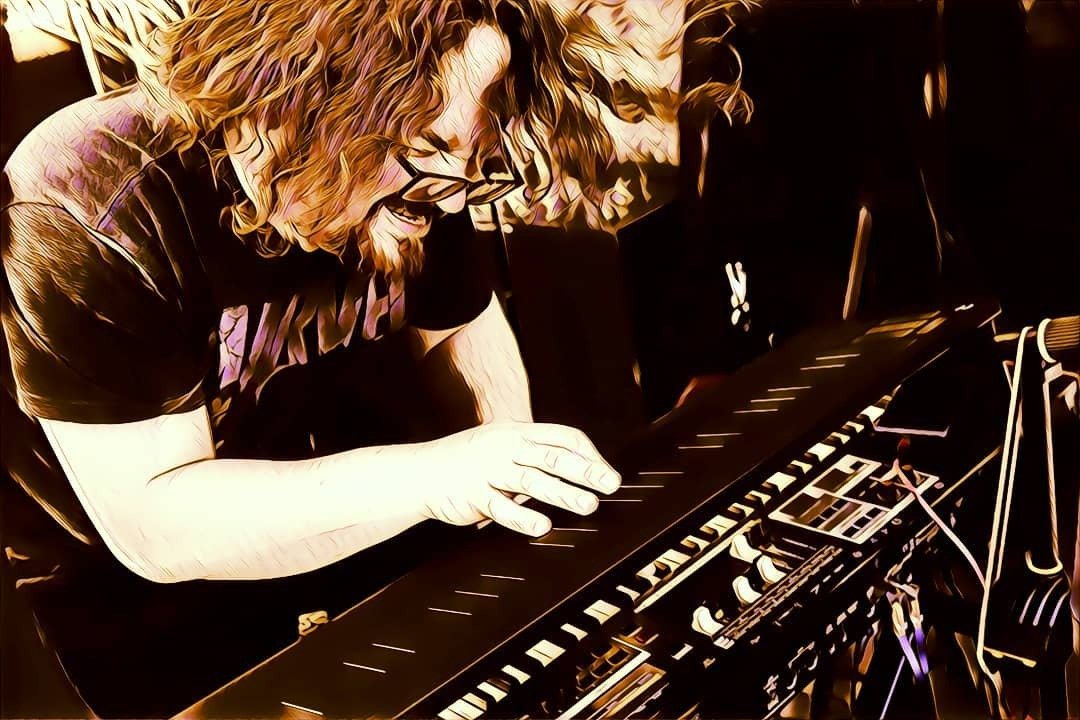 Called a "fixture in the Central Valley" (NPR), Jay Smith has had a wide variety of talent flow through his band. From jazz fusion to pop, the band has channeled a wide spectrum of musical genres to stay working and relevant. He is an Alum of California State University Bakersfield and Fresno City College where he earned his Bachelors of Arts and Associates of Arts Degree.
He has opened up for groups and musicians as Carl Saunders, Poncho Sanchez, Jeff Coffin,
Allan Holdsworth, Malo, Ozomatli, Clayton Cameron, and worked with Kelulu, Mento Buru, The Fresno Philharmonic,
Andre Bush, Mike Dana, Velorio, and Patrick Contreras to name a few.

His current projects include Mento Buru which was voted best band of 2018 by Bakersfield Magazine and
The Jay Smith Trio/Group which features a variety of players including Cesareo Garasa, Paul Perez, Jay Jay Hicks,
Fernando Montoya, Steve Eisen, and Patrick Contreras to name a few.

He has been on several radio stations and TV stations including Bakersfield's Channels
17, 23, 29/58, The Michael Nayt Show, Brighthouse Networks, and 107.1 FM
KRAB, Fresno's 90.7 KSFR where he had his own radio show for 5 years.
Two of his bands (Jay Smith Trio/Group and
Mento Buru) are selected as Featured Artists on
the Global Level on Reverbnation.com. He
was the lead instructor at the Bakersfield
Jazz Workshop for first four years. He's been teaching
at Nick Rail Music Bakersfield since the store opened in 2009.

His first album, Unashamed Portrayal, (available now on iTunes and 30 other retailers)
features Grammy Nominated Guitarist Andre Bush, Jay Jay Hicks, Saxophonist Chris Nguyen,
trombonist Joe Vazquez, trumpeter Mark Manda, Fernando Montoya on acoustic and electric bass,
Jonathan Weinmann on drums, and Jorge Nunzio Urbina on percussion. It's been featured on
ALL ABOUT JAZZ as their download of the day.

Smith's second record, Too Many Notes, was titled by his fans based on his reputation for a blisteringly fast
playing style. Patrick Contreras on electric violin, Jay Jay Hicks on 8 string bass, Cesareo Garasa on drums,
Fernando Montoya on electric bass, Gary Rink on bass, Jonathan Weinmann on drums, and Marlon Mackey on vocals.

The Trio Showed Up is a live album that Smith produced when the band was performing trio dates throughout 2018 and 2019. Jay Smith (keys, ROLI Seaboard Rise 49), Fernando Montoya (bass) and Cesareo Garasa (electric drums).