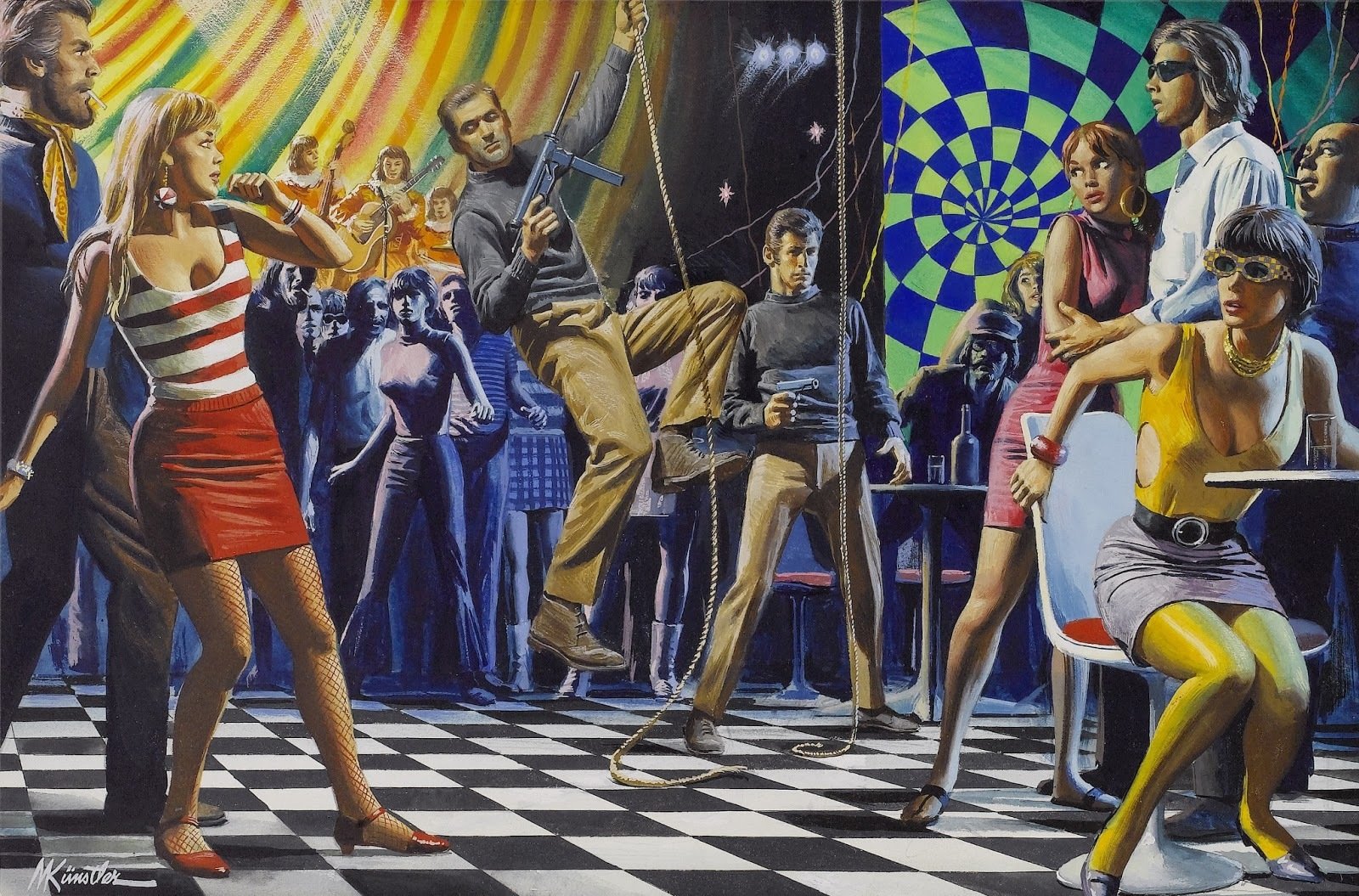 "SAY HELLO TO THE GREATEST BAND YOU’VE NEVER HEARD OF

Minneapolis, MN, United States of America – September 3rd, 2015 – Chasing Colors have declared themselves to be the greatest band you’ve never heard—and are now ready to prove it with their unique sound that’s reminiscent of John Lennon and The Cars.

The band, which formed in the 1980s under the original name of The Colour, is still going strong, and released Chasing Colors’ debut album, a digital EP, which has been available to the public since July 18th, 2015.

“We have been told many times that we just don’t sound like anyone else,” said a spokesman for the band. “Our new EP is going to be a revelation to fans and new listeners alike. We’ve been getting fantastic feedback from radio play and our shows…and we want that exposure to continue!”

The band aims to keep writing music, recording great new songs and license music for distribution. For more information about Chasing Colors, explore this website or join the conversation on social media.

There are plans for upcoming tours, and Chasing Color’s music is available from all major online music distributors.

Chasing Colors is looking to continue playing live gigs and festivals and will consider all licensing opportunities.

All original members of the 1980s/early 90s Mpls original band The Colour that were the opening act countless times for many great local and national bands including Crow, Bad Finger, Limited Warranty, Urban Guerrillas, The Phones, the list goes on... have just completed recording new songs at Melville Studios (Melvin James)/City Sound and are releasing for the first time EVER a digital EP available for sale to the public July 18Th 2015.

The band has renamed ourselves, Chasing Colors...so much more appropriate!! Chasing Colors (Formerly The Colour) back in the day were compared to The Cure, U2 and even The Cars. Surprisingly, Louie Paretta (Lead Vocals/Guitar), David Wagner (Bass/Vocals), David E. Paquette (Drums/Vocals) and myself, Scott Patton (Lead Guitar/Vocals) have written and professionally recorded original songs all through our careers but were just never able to get past handing our cassette demo tapes out to our fans at live shows. We had a good shot when local talk radio host Terry “Griff” Griffen was managing us. Unfortunately, Terry passed away from leukemia and with hard times, the band broke up. In the last two decades, Louie Paretta, David E. Paquette and I were active in the local music scene together as well as on our own. Louie then moved to Georgia, had a go at it but later moved back to Minnesota. Louie played with local musicians including Dave E. Paquette while I, Scott Patton had moved to California, played in bands there, and after a decade moved back to Minnesota. In 2014 we got the original band back together including Dave Wagner on bass guitar who had taken a two decade hiatus from the music scene. So glad to have Dave back! We feel his unique bass guitar style and harmonies were one of the missing ingredients with our music. You be the judge!

We've included a radio ready mastered CD of our new songs and we're already back writing new material as well as recording some of our fans favorite songs that previously only could be heard at our live shows.

Chasing Colors has an upcoming record release show Saturday, July 18 2015, 7:00pm to 8:30pm at The Driftwood Char Bar, Mpls MN where we will be getting up close and personal with our fans playing all acoustic versions of our songs including our new EP.