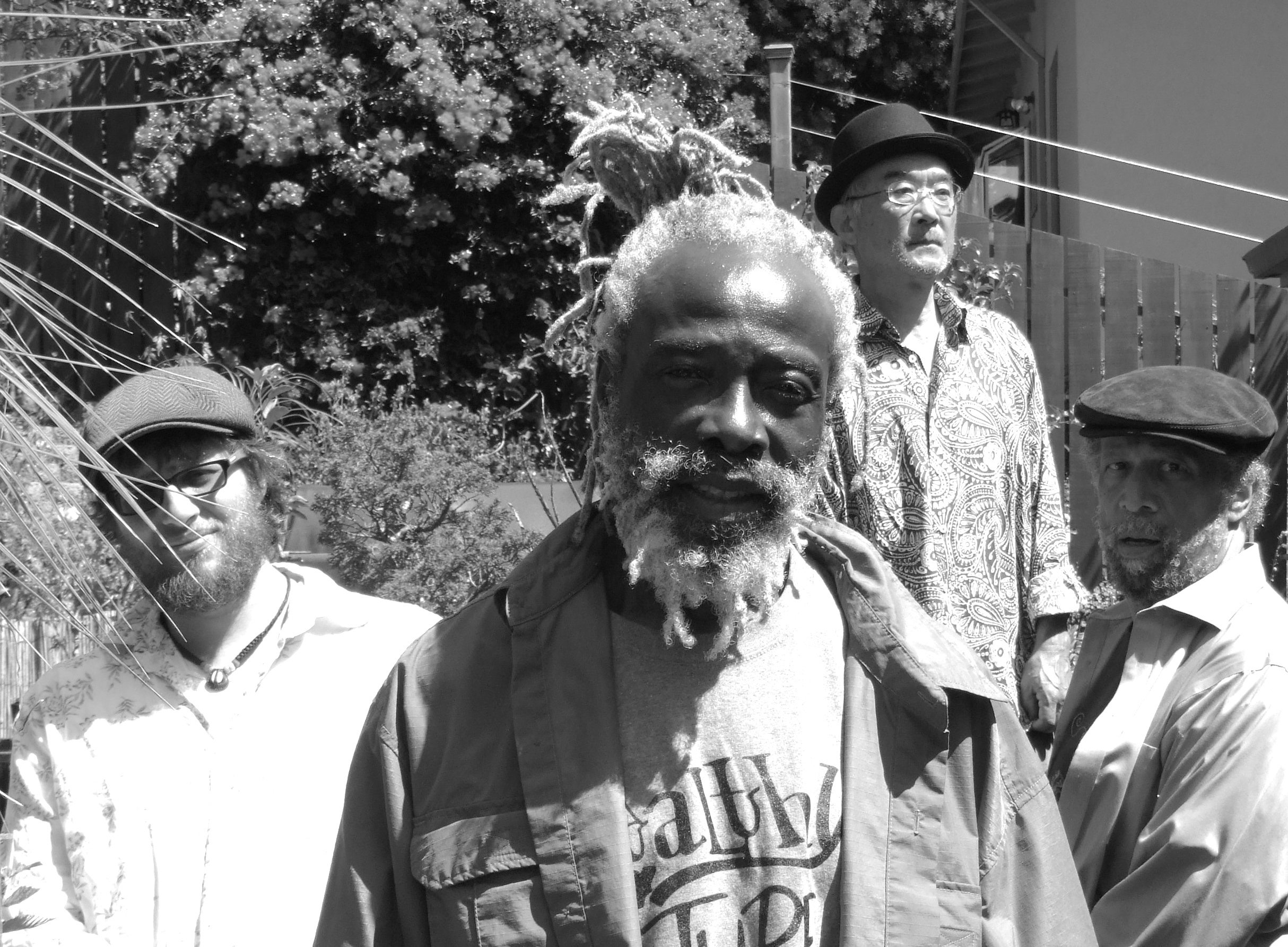 Kats and Mano Meet the Dragon

Kats and Mano Meet the Dragon is the embodiment
of the Phoenix, reborn from the ashes of a prior
existence, always striving to explore a new
creative landscape. While the group’s origins
stretch back to before the Summer of Love, its
current line-up spans both the geographic breadth
of the planet as well as the scope of time.
Two of KMD’s three original members Katsumi
Asazawa (lead guitar, vocals) and E.C. Gordon
(rhythm guitar, bass, and vocals) are Bay Area
natives who have traveled long and diverse musical
pathways. Katsumi has toured internationally with a
Blues review in addition to working with a host of
local reggae, funk, jazz, and R&B bands. Most
recently he has written, recorded, and produced a
solo CD, “Songs For Honey” with his own group the
Dubinaires which garnered significant critical
acclaim.
E.C. Gordon in the last few years has
worked as a recording engineer and producer,
recording with acts ranging from folk singers to
world-class jazz-fusion ensembles. On the side he
has performed with a World Beat master of the Ngoni
instrument. In the long run songwriting and singing remain his crucial passions, a focus initiated with the
recording and release of the song “International
Reggae” for the I-World Reggae band.
The Jamaican born Mano Dawes (bass, guitar,
bass drum, and vocals) fresh from a tour of the
U.S. heartland as musical arranger and bassist for
the band Motherless and the Merry Knights came to
the San Francisco Bay Area in 1981 and liked it so
much that he decided to stay. Like his partners he
has a long and varied resume artists he has worked
with and is much sought after both as a sideman and
as an arranger.
With the band’s original formation in 1985
under the name Global Echo, the threesome built a
small recording studio, and began to creatively
hone their unique style of music which incorporates
elements of Roots Reggae, Funk, Blues, and R&B.
Employing tight syncopated rhythms, three-part
harmonies, and lyrics that range from sweet yet
soulfully brooding to insightful, socially aware
with a dash of wry humor, the group’s sound has
evolved through three albums and hundreds of
performances. Depth of feeling coupled inextricably
with a quest for authenticity typifies every song
they approach. And with a uncensored desire to translate their off-kilter musical view of the world through original compositions, they invite audiences to share in the possibilities inherent in the collaborative arts.
Last year KMD welcomed a very special new member to the group. Dave Eagle, a Berkeley native, is a multi-instrument
percussionist with a penchant for
intense creativity. In the comparatively short amount of time he's been on the local music scene he has amassed an impressively diverse resume ranging from small latin ensemble to folk; from straight ahead blues and Afro-pop to reggae and R and B.
To KMD he has brought a creative spirituality, a
proclivity for experimentation, and a love of
originality that only expands and amplifies on the KMD
ethos:
MUSIC+TRUTH+JOY +UNITY
= A GOOD TIME TO BE HAD BY ALL.