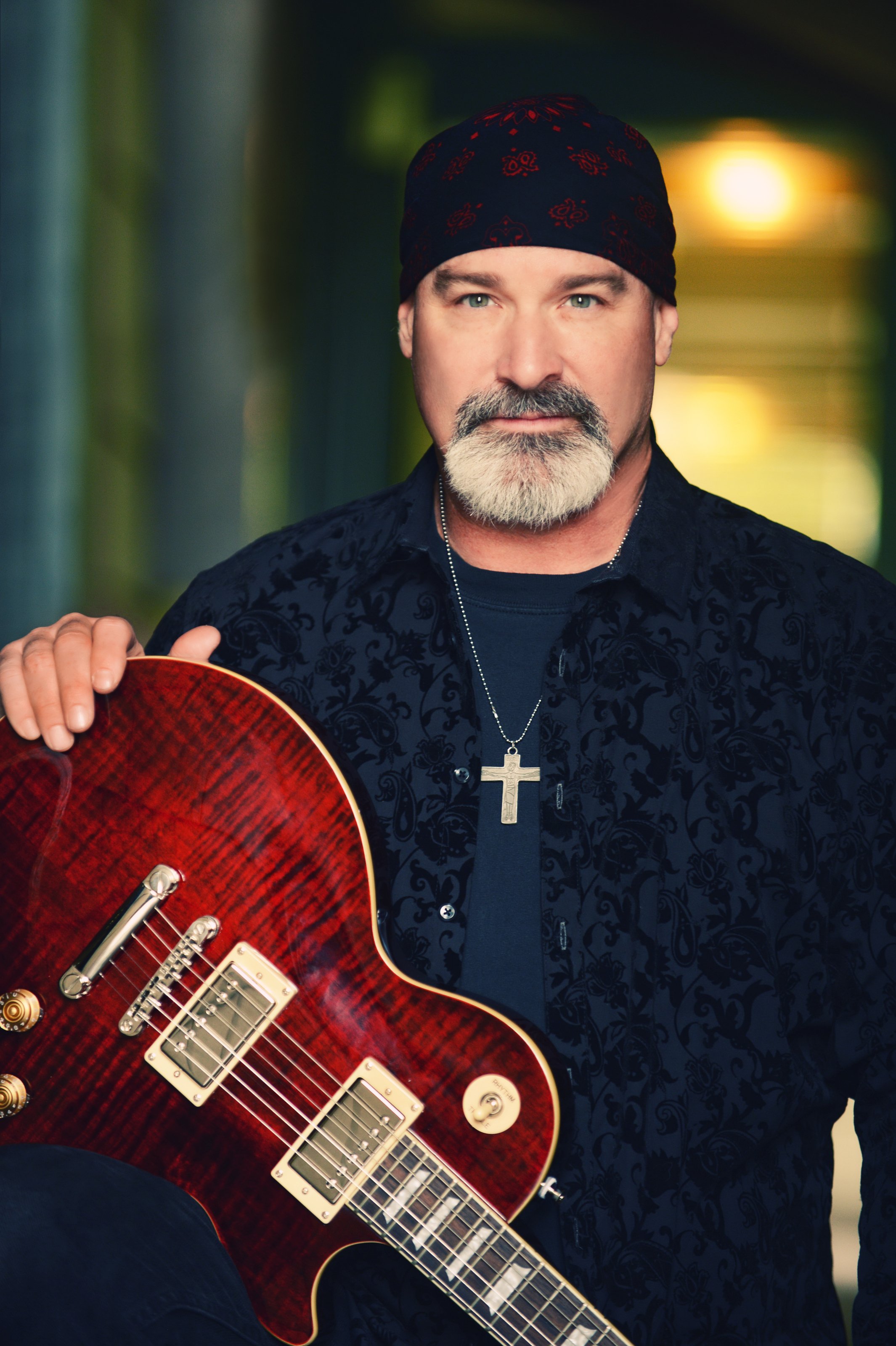 Mike's music is a unique blend of classic rock, blues, and country. Always soulful, always danceable, always with an awesome, concert stage presence and audience interaction. That combined with his fretboard wizardry and powerfull vocals makes his live performances hard hitting, mind blowing, and unforgettable!
Mike has performed all across the United States. He has played a vast array of fairs, festivals and events. He performs regularly with his band, "The Mike Osborn Band", at many of San Francisco Bay Area's most prestigous nightclubs and venues. He is based out of San Jose CA. where he is well known and highly respected in the musical community.
October, 2009' marked the release of Mike's extremly well received first feature album. "Fire and Fury" was produced by J. C. Smith. After the release of "Fire and Fury", Mike hit #16 on the "Roots Report" radio popularity playlist.
November 2014 marked the release of his second CD “In the Dog House”, named after the studio it was recorded in. It was produced by the late Alan “BB Chung King” Mirikitani and was one of the last CDs he completed before his untimely passing in July 2015. This CD went all the way to #1 on the Roots Report radio popularity playlist and received rave reviews by the industry worldwide.
Mike Osborn has been played on hundreds of radio stations globally. His music has been downloaded online tens of thousands of times.
Mike is Endorsed by: “Epiphone Guitars”, "GHS strings" and "Egnater Amplifiers".


I have been pouring over the many things that have been written about Michael W. Osborn over the years. I am doing so to help find the element that isn't there. In other words, what is the crucial and unique quality in him that just hasn't been put into words yet? There's been a lot of praise, but something's missing. Something BIG! Well, I have found what that missing piece is. For all those people that know and love Mike and his work, it's far from missing, it's the basis of what it is. Somehow though, until now the essence of what makes Michael - Michael has not reached the written page. Here it is;
Combined with his Masterful talent as a Blues/Rock Guitarist -Singer/Songwriter - plus, his Commanding stage presence, Michael Osborn has the rare and innate ability to connect with his audiences in a passionate and emotional way. To hear his music live, is to actually feel who he is. AND, at the same time, to remember; the many positive things that you are. There is a magical quality that transpires between the hearts and souls of those in attendance, and Michael's. For many, it's nothing less than a spiritual experience. An Enlightenment, so powerful that most find it to be Unforgettable!
by: Jane W. Miller

Michael W. Osborn-guitar and vocals
Mike has been entertaining crowds since the age of sixteen with his fretboard wizardry and soulfull, growling vocals. He has performed across the country - Austin, Chicago, Los Angeles and is now based out of San Jose CA. where he is well known and highly respected in the musical community and has performed at many of the most prestigious venues in the area. Mike is endorsed by Epiphone guitars, Egnater amps and GHS strings.

David De Silva– Bass and backup vocals
David adds a Progressive rock appeal to the band with his sage like grasp of a bass fretboard, honed by teaching bass during the day and performing with the Mike Osborn band at night.
Ric Williams –Drums and vocals
Ric lights up the stage with a strong stage presence backed up by incredible driving drum beats.