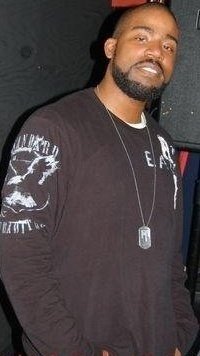 Born and raised on the streets of Baltimore, Dj Gully, aka Eric Gilmore started his musical journey at the age of 6 when he received his first Instrument, a guitar, from his dad. It was clear form that point on that music was going to be an essential part of his life.

He first became interested in Dj'ing when he would see the older guys from his neighborhood spinning records outside his door. Then, at the age of 14, he was given his first set of turntables from an older cousin. By the time Gully was 17, he was already making mixtapes and distributing them himself at college campuses and High Schools from South Baltimore to Annapolis modeling himself to become the entrepreneur and skilled entertainer he is known as today. After the birth of his daughter Dj Gully joined the Army, where he continued to play and not long after began to book gigs at clubs near and on the bases he was stationed at around the country as well as overseas in Germany. Returning back to Baltimore he performed as an opening Dj providing warm up sets for major names on the Baltimore party scene. 2011 was a breakout year for Gully as he seen his goals met both personally and professionally and realized he was just scratching the surface of his career. It was at this point when he started booking major events and other major cities such as San Juan, Puerto Rico, Washington, DC and Richmond, VA.

January 2012, after several offers from various stations Dj Gully joined Power1047.com, in the process expanding his brand to more than 200,000 plus listeners in over 119 countries expressing his love of music thru his critically acclaimed "Happy Hour" mixes.