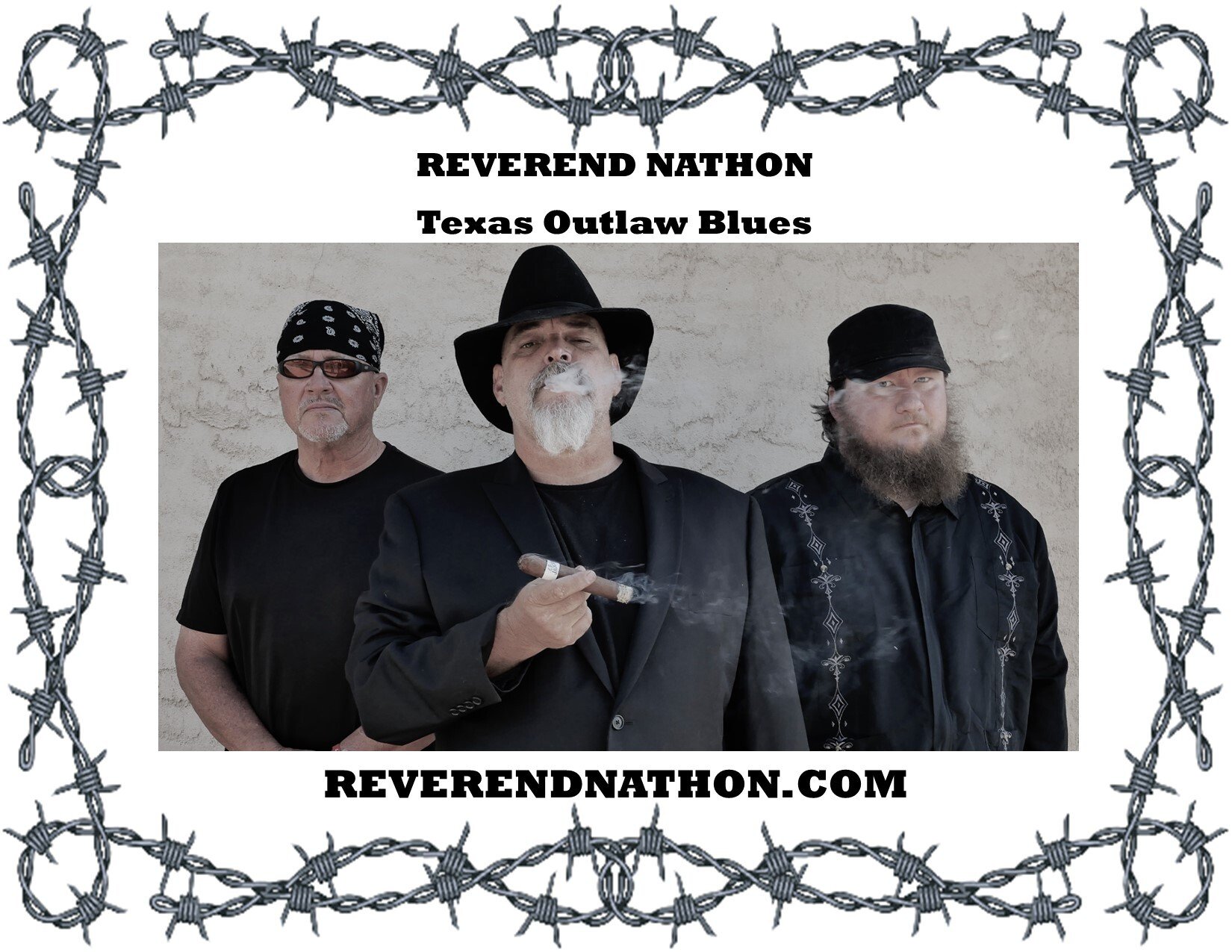 Reverend Nathon
After many years of songwriting and holding down the lead guitarist spot in Texas rock bands, Nathon Dees now steps forward to debut his new solo Blues Rock project
"REVEREND NATHON".
A polished slide guitarist as well as being a noted Strat man, Nathon now brings forth his own sound and is packing a stellar veteran rhythm section on the debut studio CD "Reverend Nathon Volume 1". Since the CD released the band has remained charted in the Top 20 on the Reverb Nation Blues Chart for both National and Global and can be heard across the planet on numerous internet radio stations including the new Austin Blues Radio Network...
CONTACT: Mori Management, Becky Crissman: angelimori@yahoo.com, +1 (832) 388-3155