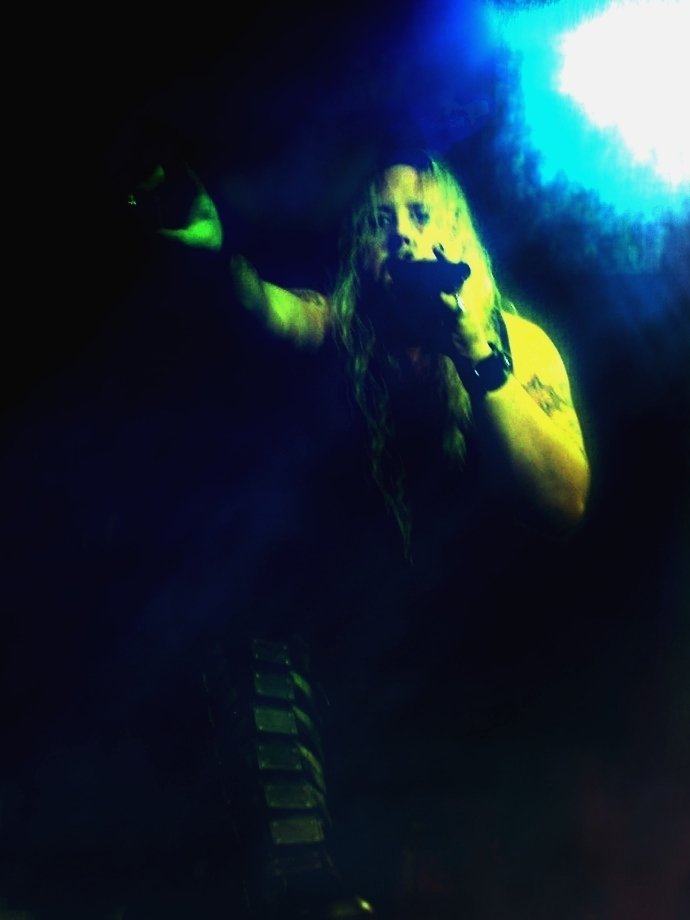 His name is Brian Sonneman
He was born in Tacoma, WA and his instrument of choice is his Voice! Although the singer songwriter is a gifted guitarist in his own right and has played since he was eleven years old. Anyone that truly knows this artist will tell you his true home is in front of a crowd and behind a microphone!
Sonneman is also a talented writer. He has written a book of poetry, and has nearly completed a second. Brian has been published numerous times and a few of his poems can be found in some fine books including the 1998 best seller from the New York Press 'Reaching the Summit.'
The defining moment for Sonneman came in high school; he met the multi-talented Peter Johnston. Together they have been in many different projects. His first band was a group of close-knit friends getting together to play a talent show and pay tribute to a dear fallen friend who in the midst of her
private hell took her own life. After her death, the singer’s reason for writing and performing music changed or perhaps it
was born.

The next phase came while the artist was still in high school. Brian sang in the sixty members a cappella choir and after only one audition, the jazz choir as well. He was also selected to represent his High School as the male voice for the 'State Honor Choir'. The singers were handpicked from the best of all the AA and AAA schools in Washington. Three singers per award winning choir, two females and one male.
The saga continues after high school Sonneman sang for many different rock bands
In the early 90's he formed the band 'Sonneman' they played on over 150 stages together. They were one of 50 bands chosen out of 5,000 to perform at N.A.M.A.
In 2000 he met up with bassist / guitarist Sean Lacefield. They were both performing in separate groups that night. Brian introduced himself while waiting to go on stage. They hit it off right from the start. Sonneman stayed long after his band Thrown Electric was done playing to watch Sean’s band F-Line. Within a few months of that he and Sean Lacefield began writing and recording songs together. Lacefield had just been laying guitar tracks for 80’s famed metal band “Metal Church.” The two would become known as “Sonneman/Lacefield”
known is an understatement the duo scored a top 10 hit on mp3.com and logged in over 113,000 plays worldwide. They caught the attention of legendary producer “David Longoria” who wanted to record the group in his studio at Del Oro music in Studio City, CA. Longoria has worked with the best in the biz! Everyone from Aretha Franklin, Sting, Annie Lennox, Marvin Gaye, George Michael to jazz greats Dizzy Gillespie, Count Basie, Buddy Rich and Oscar Peterson. The duo signed a two song publishing deal with Del Oro records, but after writing and recording over 60 tunes together, they decided it was time to split up the team. They found greater success working apart. Sonneman began to build a strong internet fan-base and started getting air play from all over net radio stations as well as land based radio in Europe. He has been a featured artist on the German record label “Hook Records” website. Sonneman continues to build his musical empire, one fan at a time, one song at a time.
In 2004 he began writing and recording songs with UK producer, Dave Meredith, aka Mezzer. The two formed Sonneman-Mezzer. He signed to Melodrift, an indie label out of the UK that Meredith was already working with. Sonneman released "Capricorn" in the fall of 2005. For the next four years, he released just about two albums a year. In early 2010 Sonneman signed a two-single release with Interscope.
October 2010. Sonneman signed with TMG in May 2011 released his 10th and most heartfelt solo album to date.
"King Of The World."

In July 2012 The indie Rock Star signed on with Margaret Guiraud owner and CEO of The high-profile Hollywood talent agency group IMT Agency. Guiraud represents only the top of the chain emerging music artists.
A Google search of Brian Sonneman pulls in over a million search results on his name alone! The prolific songwriter has set his sights on music placements to help fund his Anti-Suicide outreach program. Brian continues writing deeply personal songs with truth and intellectual depth, and he remains a humble, kind man who has a heart for the hurting.