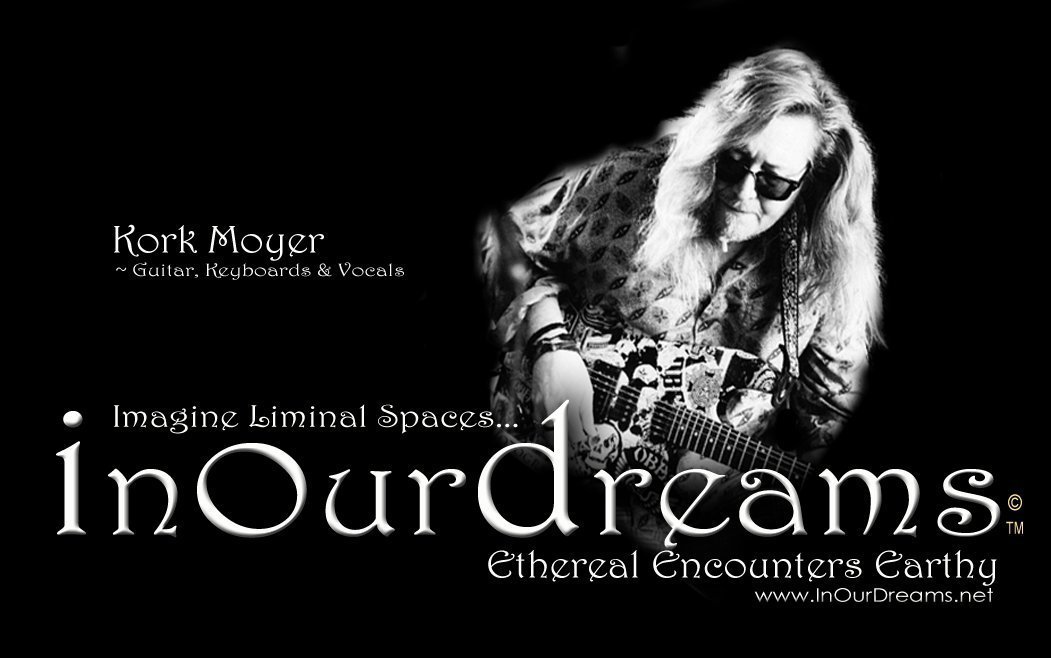 INTRODUCTIONS
Most people listen to music to stir the imagination and the soul. It is an outlet for the emotions—a journey of the feelings, both highs, and lows—and mostly, an avenue for fun!
Beginning in the summer of 2010, guitarist Kork Moyer had a Dream. What if you’d merge the songs and styles of all your favorite tunes from yesterday and today, that no other band will play, with the garish fun of a cheap carnival from your childhood? What if you built a repertoire from the obscure songs you loved, but you never hear live. What if you crossed that with progressive, funk and soul stylings of newly written songs? And, what if you’d invite the audience into that performance and could capture those thrills in a recorded work?

That is the backdrop of the forthcoming album, “Kewpie Doll Dances” by In Our Dreams.

Working with new and seasoned Producers, and finding support from some of the industries’ “hit-makers,” In Our Dreams has begun working to piece together the earthy and ethereal elements, of this funk, rock and soul album. It also includes some surprises, securely rooted within the funk, soul, 60’s, and 70’s genres—songs you wish would have surfaced far before this.

HISTORY
Kork has a very diverse musical background. He has opened for national and international artists such as: The Edgar Winter Group, The Smithereens, Level 42, A Flock of Seagulls, Pretty Poison, The Slickee Boys, Bricklin, Radio Rodeo w/Tom Gillam, and The Vels. He's also worked as Indy Artists, playing some of the largest and loved Rock and Soul Rooms of the northeast while demonstrating amazing musical versatile and is viewed as an industry respected musical veteran heavyweight. Buckle up!

Kork’s years of arena metal, progressive rock, fusion, funk, and soul music, he has a diverse background and ability to cover every musical styling. “This guy can quite literally play anything. He is free to enjoy every musical moment he shares!”

With such a rich musical history, diversity and sense of humor, you are invited into the fun. (You really need to be part of it.)

STEP INSIDE THE RIDE
The “Dream” is to meld the energy and heaviness of hard rock, with the crisp dance groove of intense funk music; mixing the soft sensitivity of smooth jazz with the soaring heights of progressive music; blending the heartfelt mood of soul, with the freedom of a jam-band. All of this set to the vibe and off-center humor of a vintage carnival ride!

The result is “In Our Dreams,” where imagination, feelings, fun, and yes, GREAT MUSICIANSHIP all converge for a moving, musical evening. Look for the release of “Kewpie Doll Dances” in 2020.