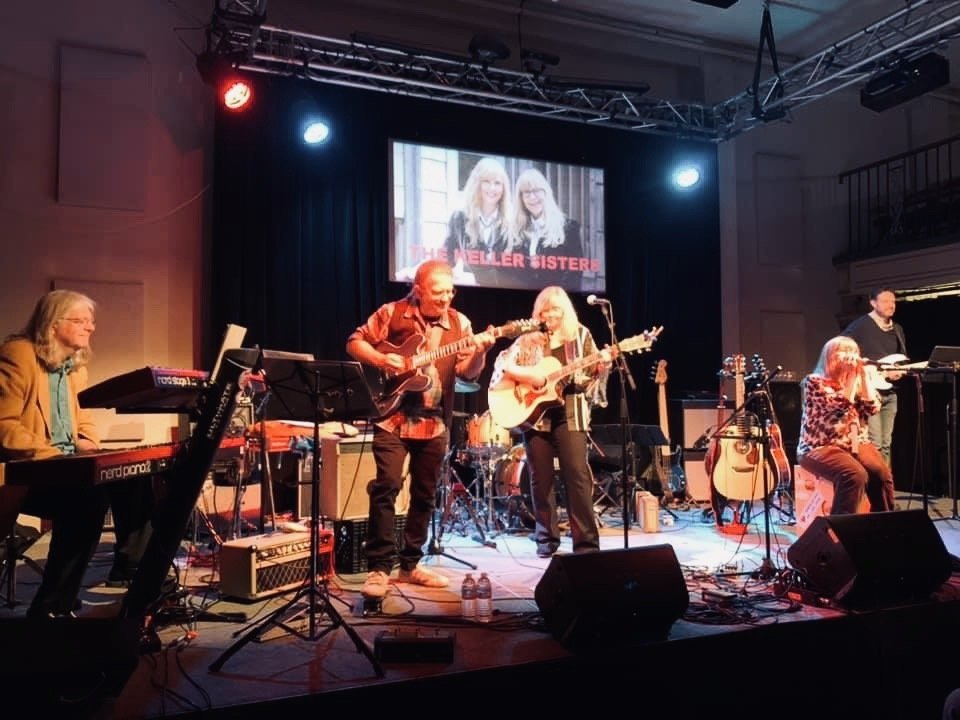 Sheryl and Kerry grew up in San Francisco and started singing and performing together in glee clubs, choirs and musical theater. Daughters of film and theater performer Eileen Christy, their summers were spent on the road learning from the best. They were also discovering guitars and folk music, and started playing as a duo in their teens, performing an eclectic mix of folk, country rock and jazz standards.

In 2012, after several years playing rock and blues with a cover band in the San Francisco Bay area, and missing the stripped-down sound of their youth, they decided to reform the duo. The sisters began performing at local venues and, armed with original songs, started getting booked at festivals and songwriting showcases. Their original music combines storytelling, humor, warmth and the close harmony that comes from being sisters .

Sheryl and Kerry released their first CD, "Shine," in November 2012, and followed up with "House of Cards" in December of 2014. Songs from both CDs have received honorable mentions in 3 international songwriting competitions and "House of Cards" received extensive NPR play and charted on the AMA and Roots radio charts. Four songs from House Of Cards made the top 10 for airplay on the Roots Radio chart and in September of 2015 they licensed 2 songs for an independent film . Their 3rd CD, "Hourglass Dance" received 2 honorable mentions from the WCS International Song Contest and was just released in January , 2018.

Notable shows and venues include

"After a lifetime of singing other people's music, we are thrilled to be sharing our own."
Sheryl and Kerry play as a duo, trio or full band.

The Keller Sisters music is available at www.thekellersisters.com , Itunes, CD Baby, Amazon and streaming on Spotify . Please find us on Facebook , Instagram and Twitter and let's start a conversation .

Here is a link to our new CD " Hourglass Dance " : https://store.cdbaby.com/cd/thekellersisters3