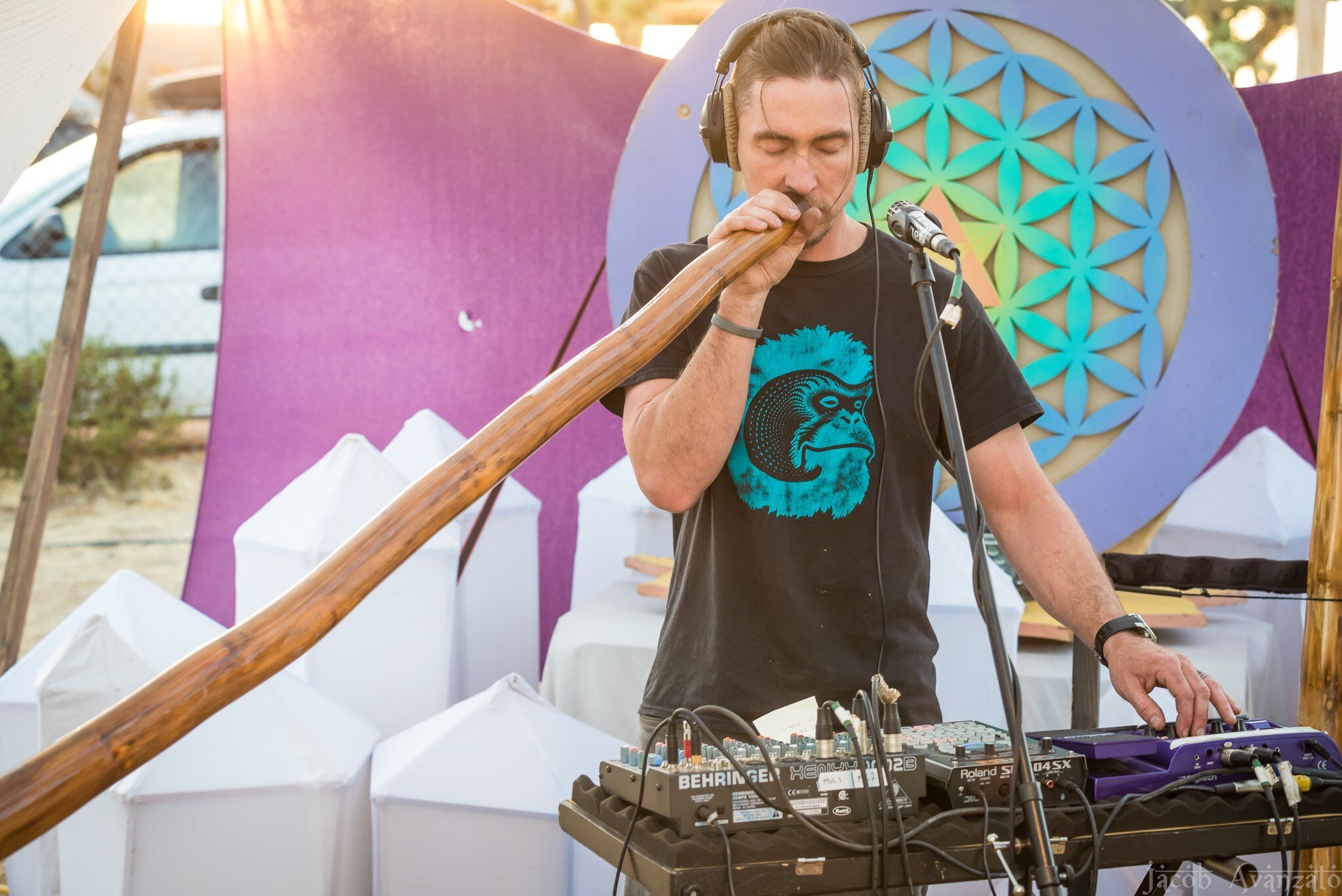 Short Bio:
Tyler Spencer is a Didjeridu player and producer with over 20 years experience performing, teaching and making Didjeridu. He has performed internationally, and has collaborated with a variety of musical and performing acts. His music has also been showcased on movie and television work, most notably the HBO series “Dexter”. His solo performances incorporate live didjeridu with self produced beats and have been described as rhythmic, otherworldly and capable of transforming a captivated crowd into a dance party..

Extended Bio:
Playing and making Didjeridu is what I do. It's a necessary creative and spiritual outlet for me. When I was 15 years old, I found a sound I'd never heard before, but I somehow new it mattered. Through the serendipity of teenage boredom and a discarded metal tube in my parents basement, sea change occurred. I shared the discovery with my Dad and I first learned of the Didjeridu. Information and resources were scarce (a time that predated internet popularity). I then embarked on a solo quest of exploration and self-discovery. Over the last 22 years, I've enjoyed the experiences of making Didjeridu, performing solo, busking, playing in bands and exploring a variety of musical genres. I've been privileged to have traveled the world and met some amazing friends, elders, musicians, teachers (not the least of which, Djalu Gurruwiwi) and students who have inspired me in many ways. I'm very thankful for this...