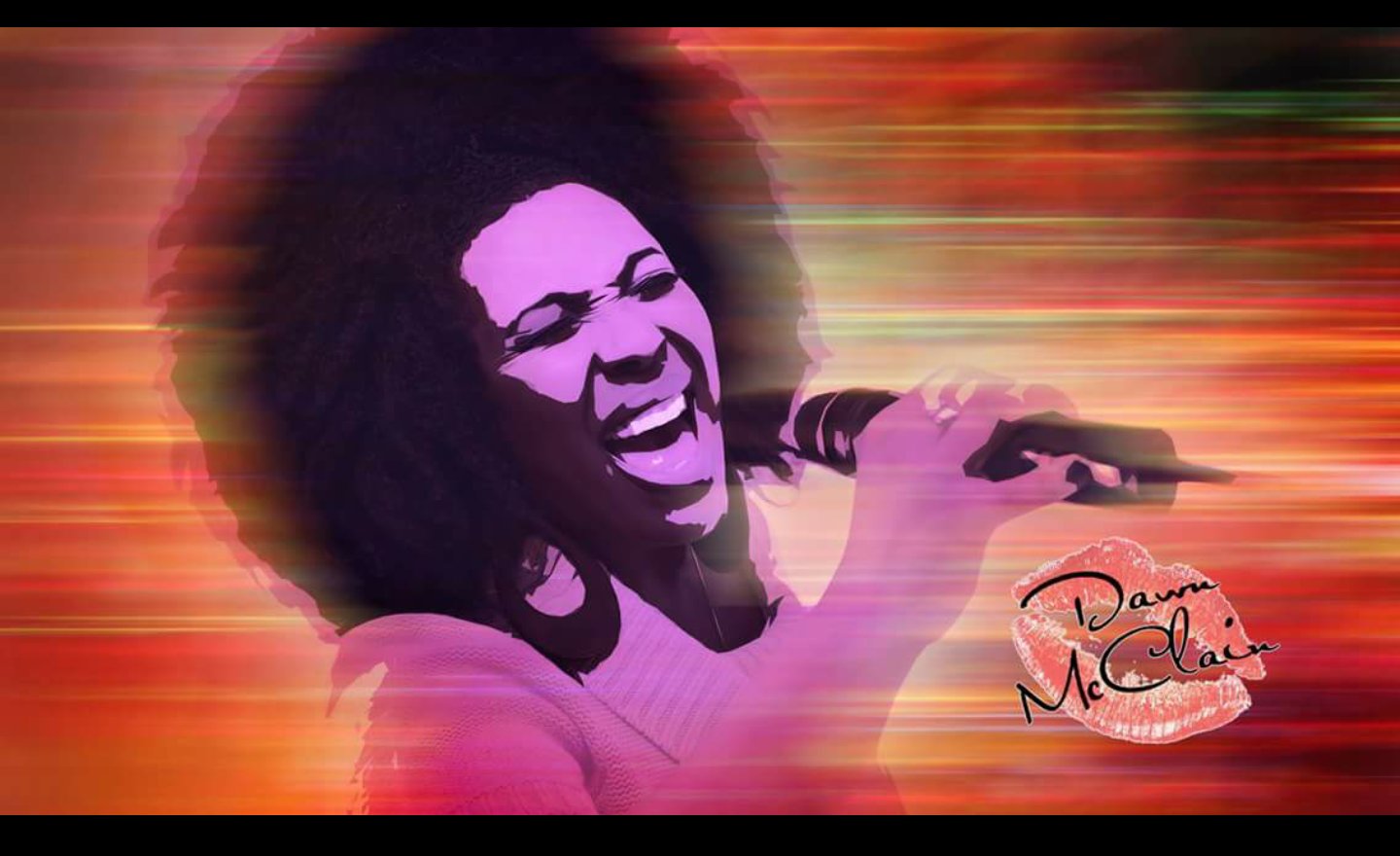 Hailing from Los Angeles, California, Dawn McClain has emerged from the same rich soil of so many other great African American singers. Like so many powerhouses and trailblazers in music, Dawn began singing in the church at a very early age. An 80's baby with a splash of 60's and 70's influence, and a sprinkle of gospel roots, she blends and bridges the generation gap between these eras in music, melodically suspending time.

Ms. McClain is a Veteran of the United States Air Force, and a natural humanitarian and advocate for women’s health and cancer awareness. Dawn was diagnosed in 2010 with ovarian cancer. Never one to faultier she embraced cancer with GOD’s grace and has been in remission now for four years.

Dawn McClain calls the show she gives “The Experience”, because it is just “that” an Experience.
If you ask Dawn, how she would like to live out the rest of her days… She would say, “Performing”. There is nothing that she loves more than the opportunity to interact with her supporters. In “The Experience”, Dawn gives you all the passion her heart can give, by filling the room with and bathing the crowd in the essence of song. The Dawn McClain Experience (DME) has been described as a night of "Music with passion and force, sensuality and jazz, bluesy rock-steady R&B, funk and futuristic soul" better known as a “classic soul groove gumbo”. Your ears will be tantalized with the vocal influences of her mentors, Patti LaBelle, Chaka Khan, Aretha Franklin, Jill Scott, & Ledisi.

As a recording artist, Dawn has been blessed with the opportunity to collaborate, and co-write with some of the industry’s most sought after Grammy nominated writers and producers.

Dawn’s music, takes you through the ups and downs, the tears, confusion and pain so synonymous to Love. She“sings” the renewal you experience in the “New” beginnings of Love, and then expresses the heartache after loss of Love. She takes you out for a night on the town, so that you can let your hair down and forget for just a second…Love. And just when you think Love has done all it could do, she reminds you that without Love “We” can’t exist