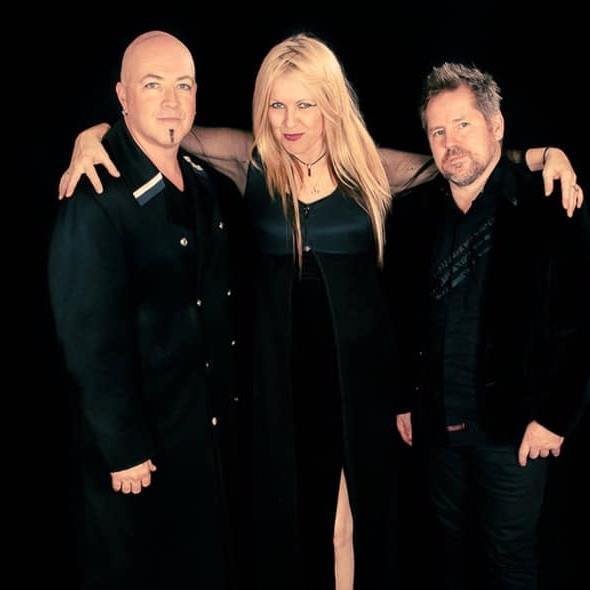 Bringing together an extraordinary blend of poetic lyricism and emotionally powerful instrumentation, Vancouver, BC’s Stone Poets create exceptionally moving music that genuinely matters. Challenging hearts & minds across the globe to open-up and see the beauty in both the light and dark, together this remarkable three-piece band dives deep into meaningful material that reveals their bold authenticity.
Founded in 2011, Cherelle Jardine (Lead Vocals, Guitar, Mandolin), Scott Jackson (Lead Vocals, Guitar, Percussion), and Marc Gladstone (Backing Vocals, Keyboards), combined years of incredible experiences gathered from their time spent in multiple bands and solo-projects, into a greater collective good. With each player adding in their own significant contributions to the writing, sound, and style of Stone Poets, they immediately achieved a stunning balance of strengths & began an all-new chapter of their careers.
Excited to push the boundaries of genres and defy limitations, the Stone Poets became beyond any type of categorization from the moment they started, and have every intention of remaining that way. While rooted in an expressive Modern-Folk sound of their own design, they combine intense themes that are anti-typical of the genre, all in a sincere effort to create relatable, raw, & real, sensory sonic experiences that leave a lasting impact on listeners through their own unique melodies & beautifully timeless sound.
Discovering a thriving passion shared throughout Stone Poets, they crafted & refined a signature style of their own that each member could fully be proud of, and a humble handful of songs to form their debut EP, called Trippin’ On Daisies, released officially in 2011. Encouraged by the incredible love, support, and enthusiasm surrounding their first record, Stone Poets quickly established themselves within the Vancouver music-scene from the studio to the stage. Soon forming a dedicated following of fans by taking their tunes even further when playing live, Stone Poets found their own inimitable way to bond with their audience by sharing their own experiences, and inspirations, talking directly to their audience in between the songs of their shows. The results were truly astounding – not only did their words fully resonate with the people, but their grounded, down-to-earth demeanor connected from soul to soul in a completely reciprocal nature, creating an unbreakable relationship between Stone Poets & their fans.
By maintaining their artistic integrity without compromise, they’ve been able to communicate in ways that others simply can’t – Stone Poets have bridged that gap between listeners & music-fans once & for all-time. They’d prove that indisputably on their follow-up record, Angels and Devils (2013), as they shifted their themes into even more personal terrain, giving listeners an all-access pass to the thoughts, feelings, & emotions that fueled the fire between them. More Angels and Devils (2015) was released upon embarking for their first tour of the USA; their momentum continued to build relentlessly, and each step Stone Poets took with their music became another massive leap forward in their evolution.
Teaming-up once again with legendary producer Sheldon Zaharko, who has been in their corner from day one – Stone Poets re-entered the studio in 2018 to make their latest record, Smoke and Mirrors. Endorsed by Creative BC and the province of British Columbia, they raised the stakes and left no stone unturned in their attention to detail, dialing-in on their songwriting, art, and music, like never before. Revealing a brilliant lineup of dynamic new songs that highlighted their innate melodic magic & charm, Smoke and Mirrors surged with the charisma and focus that only truly dedicated veterans can provide.
Still, their story is far, far from over. If you were to ask the band, they’d likely tell you that they’re still just getting warmed up, with plenty in-store for the future to follow.
Stone Poets have since released two new singles after Smoke and Mirrors – “Gleam and Beam” and “The Great Divide” – the latter of which, was written on a writing trip to Nashville with esteemed songwriting team, Daryl and LeeAnn Burgess… “The Great Divide” also took them straight across Canada for a tour of the eastern side in Ontario & Quebec. From giant stages & venues, to outdoor festivals, and intimate gatherings at house parties – Stone Poets take every opportunity to connect with their fans & new-fans alike, and continue to share their gift with the world.
Proving their insightfully hybrid music is an entire movement, not just a moment – join Stone Poets as they go on to create their most captivating & compelling material to-date for their next album to come.