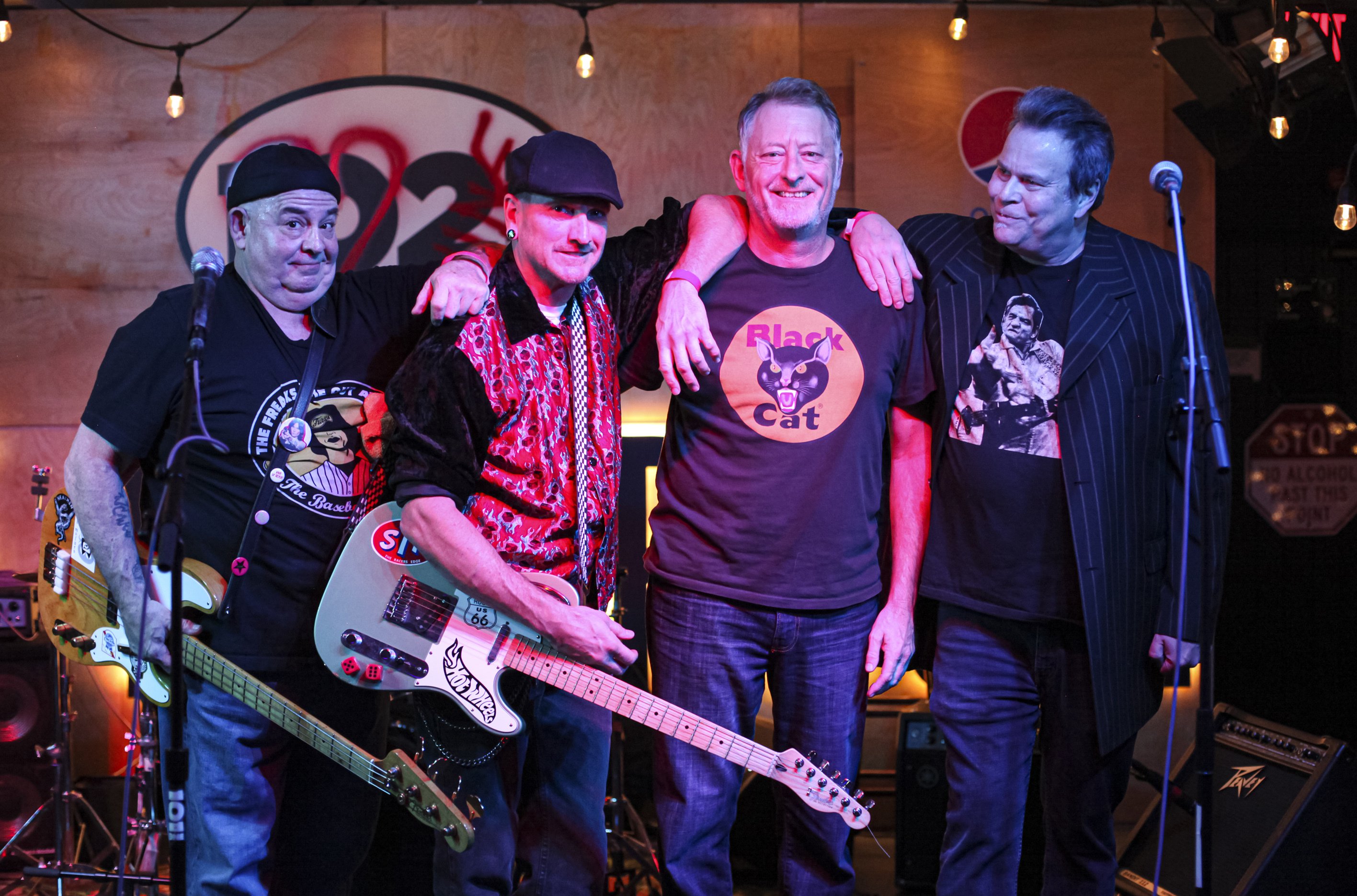 When veteran musicians with a love of Greasy Rock 'n' Roll join forces, the result would likely sound like The Molars. This happened when guitarist/vocalist Jimmy Razor and bassist/vocalist John Colarossi enlisted lead guitarist Michael Ballon and drummer Shane Olson to play their shared musical passions. A new band began to gel with a raw and greasy sound that combines elements of Rockabilly, Blues, Garage, and Glam into a musical stew that could be called Pub Rock.

What, exactly, is Pub Rock? It is nothing more than good old-fashioned Rock ‘n’ Roll: upbeat and gritty electric guitar music with plenty of catchy songs. It is the perfect sound for throwing back a few beers and having fun.

The Molars understand the stylistic lineage of the past 65 years of Rock 'n' Roll. A typical show will feature vintage classics from the likes of Eddie Cochran or Chuck Berry, given a dirtier and faster treatment. Also heard are chestnuts from the post-1977 era from the likes of The Ramones, Clash, or Iggy Pop. There is even the occasional nod to the 1960's with bits and pieces of Rolling Stones, Kinks, and other Brits. To the Molars, it is all nothing more than good old-fashioned Rock 'n' Roll.

Do not think that The Molars are simply a covers band. Both John and Jimmy are songwriters, adding their original tunes to the mix. This bonus has allowed The Molars to achieve a shared goal, releasing an album of all new songs.