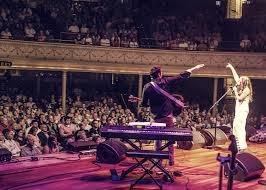 60 seconds. That’s how long it takes to be completely captivated by Brinn Black. Her amazing
energy and compassionate personality combine brilliantly with her unbridled spirit.
“Music, and performing, has been a part of me for as long as I can remember,” recalls Black.
“My first performance was at a church Christmas concert at age four. My mother is an award
winning show choir teacher, and performer herself, so I always joke that I came out of the womb
in sequins, with a microphone in my hand.”
Black draws inspiration from powerful female vocalists - Jennifer Nettles, Patsy Cline and Kelly
Clarkson - and uses the pure innocence and unique rasp of her own voice to pull audiences in
and leave them wanting more.
Making “Music City” her home has allowed the soulful songstress to take an entrepreneurial
approach to pursuing her dreams as she continues to pour more of herself into her songwriting,
recording, and touring. Dedication, passion and authenticity has afforded Brinn the opportunity
to play such legendary venues as the Ryman Auditorium and the Bluebird Cafe. She has
opened for Ronnie Dunn, Darius Rucker, Justin Moore, Little Big Town, Montgomery Gentry,
Gretchen Wilson, LoCash, Dustin Lynch, Sammy Kershaw and Lady Antebellum.
The Virginia native also uses her musical talents to help others while giving back to her home
state with the creation of “Lyrics On The Lake,” a multi-day festival that takes place each year in
Smith Mountain Lake, VA. The festival, now in its sixth year, brings in Nashville songwriters to
perform at venues across the 500 miles of shoreline creating a lively music scene and drawing
thousands of music fans every summer. “Lyrics On The Lake” has resulted in a positive
economic impact on the community and has raised in excess of $50,000 benefiting The
Children’s Miracle Network Hospitals of Central and Southwest VA.
Black is committed to sharing her time as a hands-on advocate for programs including
Christmas 4 Kids, Give It To Goodwill, Hands On Nashville, the Columbia Shop-With-A-Cop
program, Big Brothers Big Sisters, and St. Jude Children’s Research Hospital. She also prides
herself in being an ambassador for LEAD Southeast, a public school in Nashville committed to
preparing young artistic students for a four-year college or university program.
Since her moved to Nashville at the young age of 18 and several song releases over a decade,
Brinn released her most vulnerable song “Daddy’s Medicine” in 2017 which shares the story and
experiences of her father’s alcohol addiction, further proving to fans that music is what unites
us, comforts us, and heals our hearts. The companion music video has amassed more than
200,000 views, while the track has gained nearly 30,000 streams on Spotify.
Shaped by more of her personal experiences, Brinn is ready to release her new single “72’s.”
Her powerfully yearning lyrics and delivery tell the story of a young woman who wishes her lover
would hold her the way he does his favorite cigarette.

“I had an on and off boyfriend who used to always smoke Blue Marlboro 72’s, and as someone
who has never smoked a cigarette before, I just couldn’t understand what the appeal of them
were. He would spend so much time with those things, and I would just think “Dang, if he gave
our relationship the kind of love he gives his cigarettes, maybe it would be better.” I threw out
the idea to Brittany Kennell and Briana Tyson in our cowrite, and they both had been through
similar experiences. A few hours later, this magical song was born,” explains Black.
“72’s” is sure to connect with anyone who has ever craved more within a relationship. This new
release will give Black the opportunity to share more of who she truly is with her fans as she
furthers her career and continues her journey to become a household name.