Bio: Born in Chicago IL, Our CEO & Founder Skee-Lo has been performing and recording songs since the age of nine. In the late 70's Skee-Lo moved to New York City, where he found himself emerged in Hip Hop culture. Skee-Lo was influenced by artist like Heavy D, Ice Cube, Rakim, Michael Jackson, Stevie ... See Full Bio 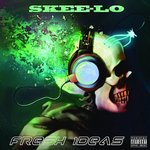